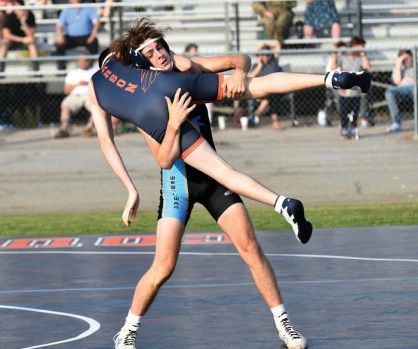 West Rowan's Luke Harrison,standing, won over Mason Dodrill in the 132 lb class. photo by Wayne Hinshaw, for the Salisbury Post 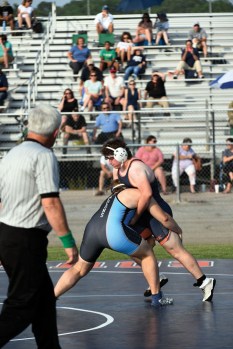 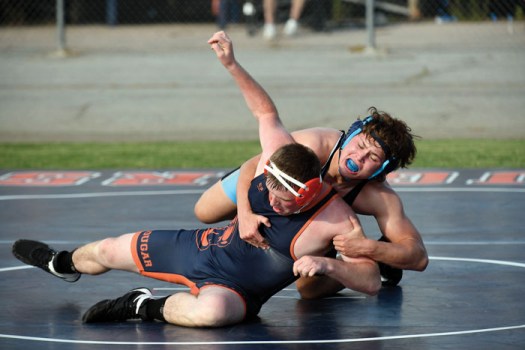 West Rowan's Hunter Miller. in back, won over Trey Hill 195 lb class. photo by Wayne Hinshaw, for the Salisbury Post 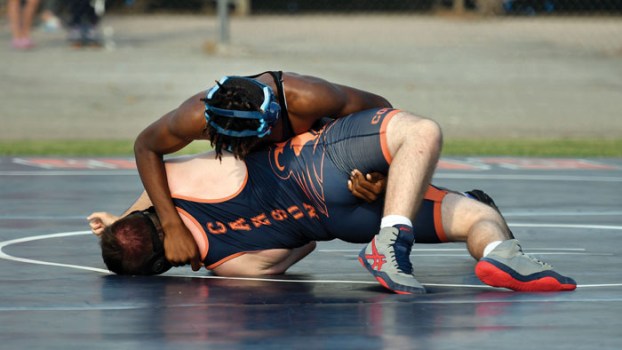 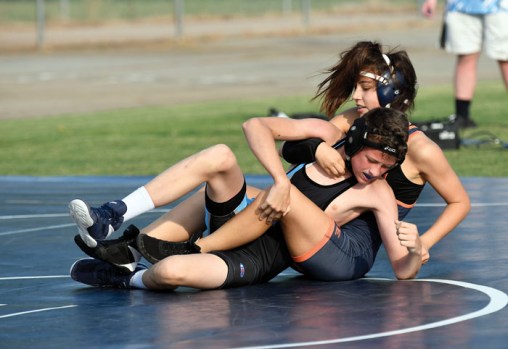 CHINA GROVE — Whatever the venue, West Rowan wrestling has been good this season.

The Falcons (11-2, 5-0 North Piedmont Conference) wrestled outdoors on the Carson football field on Tuesday and came away with lopsided victories over the Cougars (69-9) and Cox Mill (64-18).

The win over Carson gave West an outright NPC title.

West fills every weight class, which has been a critical factor this season with teams battling to field full squads in a short season and at an unusual time of the year. Carson and Cox Mill both had females in the lineup. Wrestling is normally conducted in the winter months, peaking in February.

West recently lost Nate Estrada to injury, but is still plugging away.

Christian Kluttz had a pin for Carson at 120, and the Cougars took a hard-fought decision at 152.

West lost three matches by pin to Cox Mill, but breezed to another victory.

West coach John Brown said the Falcons will wrap up the regular season when they wrestle South Rowan and Lexington at South on Thursday.

The NPC tournament will be held Saturday, June 5.

There are no dual team playoffs this year, but individual regionals are set for June 15, with the state tournament to follow.