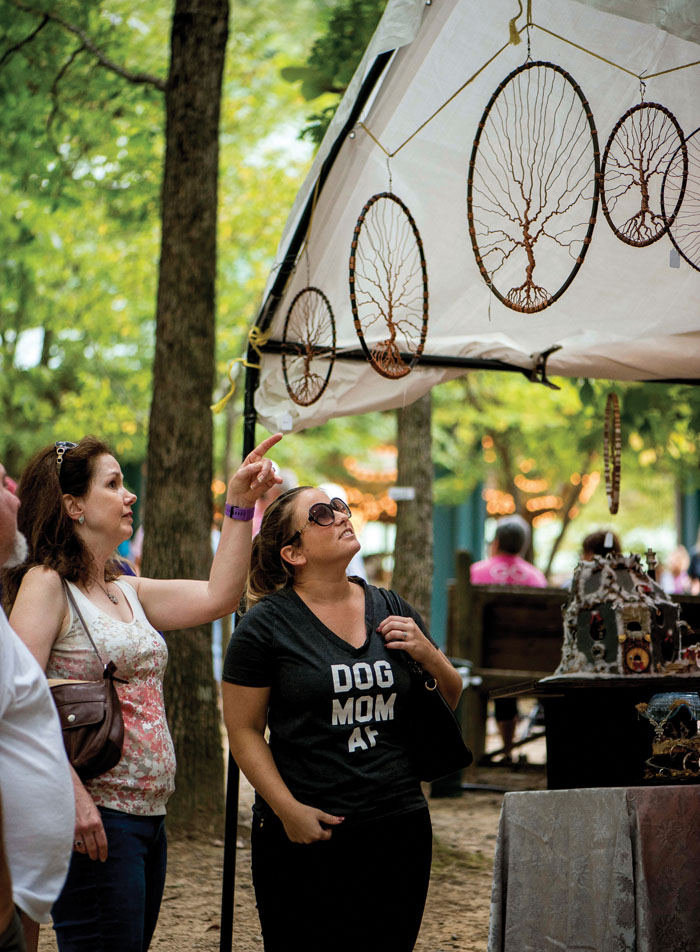 SALISBURY — Over the past several months, Don Bringle has been bombarded with a single question.

“The biggest question we’ve heard is: are you going to do it?” said Bringle, director of Rowan County Parks and Recreation.

Now, Bringle has an answer.

After being canceled last year, the Autumn Jubilee will return to Dan Nicholas Park for its 41st year on Oct.1-2.

“The staff is excited to be able to do this,” Bringle said. “We have had a lot of people who have said they hope we do it, they thank us for doing it, that it’s an annual family event that they look forward to. It is a big thing.”

The decision to host the Autumn Jubilee was made after other popular Rowan County events, such as the Cheerwine festival and the N.C. Transportation Museum’s Polar Express, were announced as a go for later this year. Bringle said the Parks and Recreation Department received approval from the Health Department before beginning the planning process.

Although the event will return to its normal location at its normal time, the county is still working through the details of the celebration.

“There’s unknowns as we move into this,” Bringle said.

There will be some modifications to this year’s celebration. The festivities will likely be devoid of live musical entertainment, Bringle said, since booking acts this late in the planning process may prove too difficult. He’s also not sure how much corporate sponsorships the event could garner, which would limit the budget. There will still be a children’s play area, but it may not feature a bounce house like usual. The hay ride that typically shuttles attendees from the parking lot will likely be skipped as well.

However, Bringle said the event will feature many of the typical food vendors, craft vendors and demonstrators. The ever-popular pumpkin decorating contest will be offered, Bringle said, as long as enough pumpkins can be found.

Last week, the Parks and Recreation Department sent out letters notifying vendors from years prior that the festivities are going to be held. Bringle said the county will know more about which specific vendors are coming once the deadline for applications passes in August.

The Autumn Jubilee has brought as many as 50,000 guests from across the county, state and region to Dan Nicholas Park in a single weekend. While Bringle isn’t sure how big of a crowd the event will draw this year, he’s optimistic that it will be well attended.

“You still have those who are still not comfortable being around people and you’ve got others who are ready to get out and it doesn’t matter,” Bringle said. “I hope we have a good crowd. The fact that we’re going to be able to do it excites me and hopefully people will come out for this.”

For those planning to partake in the event, Bringle has the same advice as any other year: “get there early.”