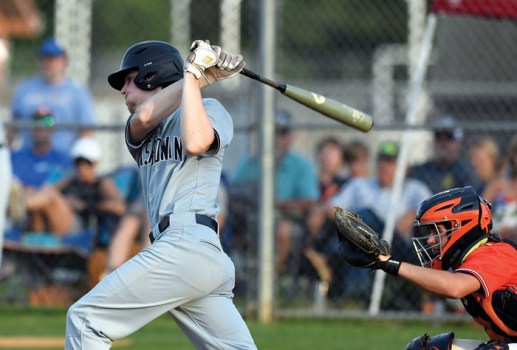 East's Morgan Padgett 14 got the hit that scored the winning run. photo by Wayne Hinshaw, for the Salisbury Post 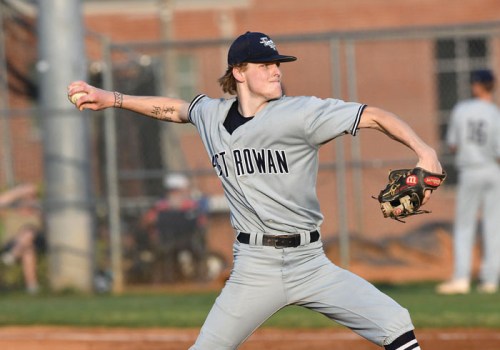 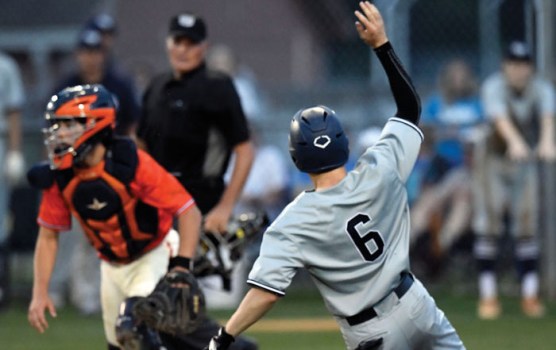 East's Griffin Warden 6 scoring the winning and only run. photo by Wayne Hinshaw, for the Salisbury Post 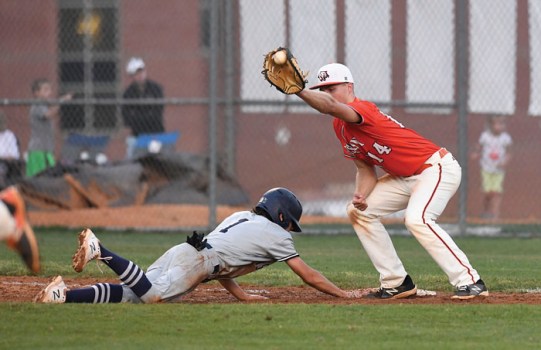 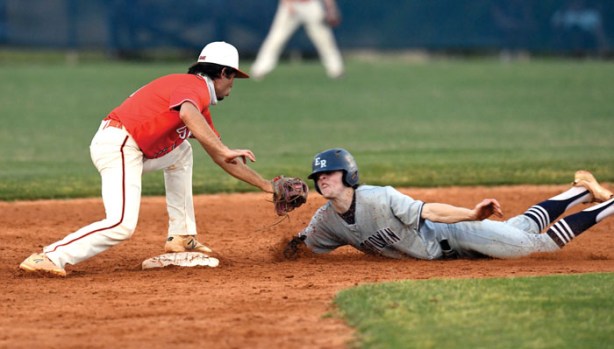 It’s been an extraordinary baseball season in the pitching-rich North Piedmont Conference, and Monday night was no exception.

East Rowan won 1-0 at Carson. West Rowan scored in the bottom of the seventh to pull out a 2-1 win against South Iredell.

The Mustangs and Falcons needed those wins to split season series.

At the end of the night, East, West and Carson stood in a three-way tie with 5-2 league marks, while South Iredell fell to 4-3.

In China Grove, Cameron Padgett, a junior UNC commit, was brilliant on the mound for the Mustangs. He didn’t walk a batter, while striking out nine in a complete-game effort.

Still unbeaten this season, Padgett allowed only three hits, including a double and a triple by Carson outfielder Dylan Driver, who is headed to Catawba.

Driver’s triple came with one out in the sixth, but Padgett got a strikeout and groundout to end the threat.

Carson sophomore Hayden Simmerson matched zeroes with Padgett until the top of the sixth.

Simmerson pitched a complete game for Carson, holding the Mustangs to five hits.

In Mount Ulla, it was almost a night of frustration for the Falcons, who made a lot of hard contact, but didn’t have much to show for it through the first six innings.

South Iredell had a leadoff double against West Rowan hurler Steven Smith in the first inning and scored.

West got that run back in the bottom half of the first on a two-out single by Peyton Summerall.

Smith was masterful on the mound after that early run, striking out 12 and keeping the score 1-all until he reached his pitch-count limit of 105 with one out in the top of the seventh.

West reliever Jake Blevins got the final out of the seventh on a 3-and-2 pitch with two men on base.

Blevins was credited with the win when the Falcons scored in the bottom of the seventh. Andrew Kennerly had a one-out single and when JT Fecteau singled, Kennerly was able to score the winning run when the ball got past the left fielder.