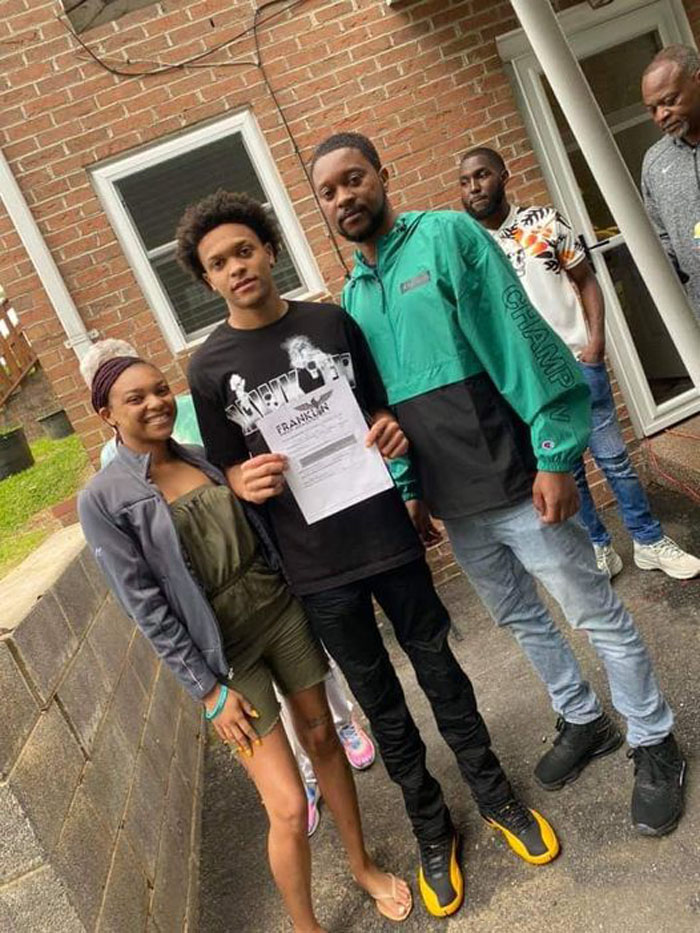 Kendal averaged a modest 4.7 points per game for the Cavaliers in a COVID-shortened season, but he’s come a long way. This was the first season in which he was in the regular rotation for coach Jason Causby.

“I’ve known Kendal since he was a little kid running around the gym while his dad and I worked together at Salisbury,” Causby said. “All those years growing up in gyms turned him into a gym rat. He’s put in the time and now it’s paid off with an opportunity to continue his basketball career.”

Mitchell’s 3-point shooting and defense helped the Cavaliers overcome a 1-5 start to finish 6-6.

A win over South Stanly jump-started North’s season. Mitchell made the key shots down the stretch in that win.

“When COVID shut things down, some guys got jobs and went to work, some guys didn’t do anything, and some guys worked on their game,” Causby said. “Kendal worked on his game. He’s improved a lot. He’s a long, high-energy guy and he can disrupt defensively. His role for us really increased from his junior year to his senior year, and he came up big in several games.”

Mitchell has beaten very long odds to be where he is.

He was diagnosed with a brain tumor when he was 3 years old, and the Mitchells didn’t know if he would be able to enjoy a normal life, much less be a basketball player.

“He was in the hospital for three weeks and we didn’t know if he’d be able to walk and talk,” Andrew Mitchell said. “But he was a blessing child, and my wife (Sandra) did a great job throughout his youth of getting him to all of his doctor’s appointments.”

It took years before Mitchell was running normally.

“He had a very wide gait,” his father said. “Running took a lot of therapy and a lot of work on his part.”

Now the Mitchells are preparing to celebrate Kendal’s graduation. Their joy grew when they found a place for him to extend his playing career. Basketball is what he loves most.

“You hear all the horror stories about the post-grad basketball programs,” Andrew said. “I had doubts until I went and saw Franklin Prep in person. It’s a really good situation. He’ll be going to classes and living in a nice apartment, as well as getting the opportunity to play basketball. My wife approved of Franklin Prep, and it wasn’t easy to win her over. This her baby, and he’s leaving the nest.”

Franklin Prep is about 15 minutes from Clemson University. It’s the same school where former North Rowan star Brevin Goodlett went for a year before he signed with Bluefield State.

“My older children (Marcus and Alexis) are college graduates, and Kendal always had the goal to go to college, as well,” Andrew said. “The struggle has been much greater for him, but he’s a fighter.”

Causby believes he’ll do well at the next level.

“Kendal has a passion for basketball,” Causby said. “As a coach, nothing makes you happier than to see a player graduate and get a chance to chase his dream. It will be fun to see where this ride takes him. You can bet he’ll be in a gym somewhere.”