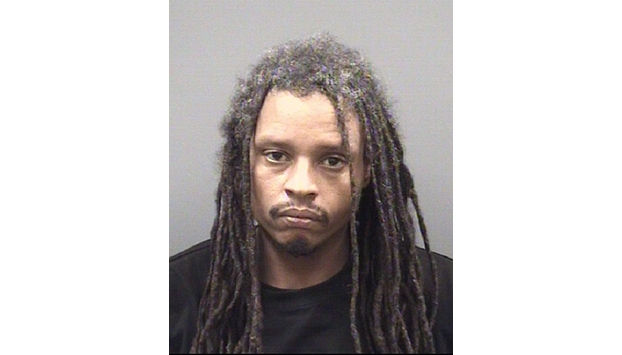 Dante Wooden, a 36-year-old man with a Woodleaf address, was stopped just before 1 a.m. Friday while crossing into Rowan County on N.C. 801. A sheriff’s deputy didn’t see a rear license plate on the car and stopped it on Geter Road, said Maj. John Sifford.

After the vehicle was stopped, the deputy saw a 30-day temporary tag taped to the rear window and asked Wooden to provide paperwork. Sifford said that’s when Wooden reported he had an ID card instead of a driver’s license because his license was suspended. Sifford said the deputy also smelled an odor of marijuana. Wooden told deputies he and a friend smoked marijuana earlier.

After the deputy wrote Wooden a citation for driving while license suspended, he asked the man to step out of the vehicle and explained Wooden’s charges. During a pat down search, a clear bag containing a crystal-like substance fell out of Wooden’s pants, Sifford said. Deputies also found a large sum of currency.

Under a rear passenger seat, deputies found a pistol and an extended magazine for the weapon. In the trunk of the car, deputies found a brick of cocaine weighing 574 grams. Deputies also found an open container of alcohol in the car and bags of individually packaged cocaine, Sifford said.

While walking near the Rowan County Magistrate’s Office, a plastic bag containing 90 dosage units of ecstasy fell out of Wooden’s pants, Sifford said. He was also charged with possession on jail premises after detention officers found a small bag of marijuana, Sifford said.

Wooden was booked into the Rowan County Detention Center with a total bond of $200,000 and remained there Friday afternoon.

• Felony possession of a schedule one controlled substance

• Possession of firearms by a felon

• Possession of an open container