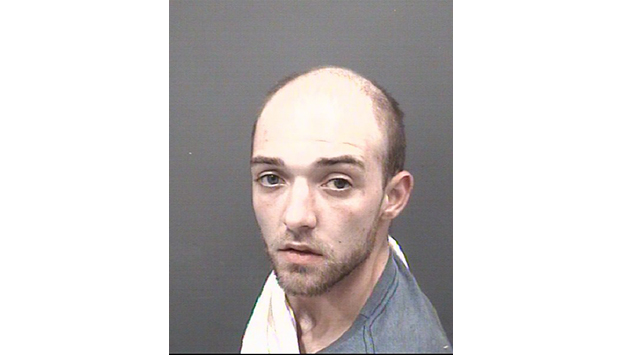 FAITH — A pregnant woman and her 10-year-old niece were hospitalized Thursday after a Rowan County man took sheriff’s deputies on a chase that ended near the intersection of Faith and Castor roads.

Maj. John Sifford said tests conducted on the pregnant woman and her unborn child came back normal. She and the 10-year-old remained hospitalized Friday morning and were receiving further care, Sifford said.

The chase started when sheriff’s deputies were stationed on Castor Road because they believed Joseph Scott Parham Jr., a 22-year-old wanted on a list of crimes, was in the area. Sifford said deputies attempted to arrest Parham on Wednesday, but he escaped.

At about 6:45 p.m. Thursday, deputies spotted a vehicle matching the description of one Parham was suspected to be driving. When a Rowan Sheriff’s Office sergeant pulled behind the vehicle, it sped up to 95 mph in a 45 mph zone, Sifford said.

As the chase approached the intersection with Faith Road, Parham’s vehicle, a 2017 Chevy Cruze, passed a car that was stationary at a stop sign. Parham attempted to turn left onto Faith Road and collided with a car attempting to turn right onto Castor Road that contained the pregnant woman and her niece, Sifford said.

Parham was removed from his crashed vehicle. He and a passenger who was not charged in the incident were also transported to the hospital for treatment.

Parham later was booked into the Rowan County Detention Center, where he remained Friday morning, with a total bond of $163,000.

Parham’s full list of criminal charges is as follows:

• misdemeanor assault with a deadly weapon.

• disseminating material harmful to a minor.

• felony larceny of a motor vehicle.