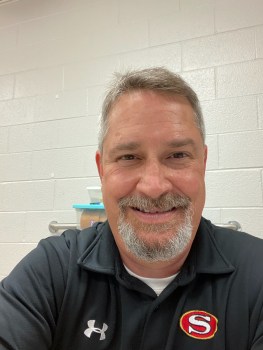 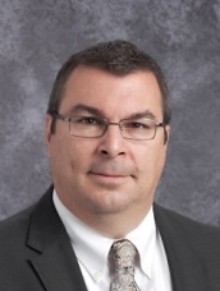 SALISBURY – Rowan-Salisbury Schools has named its teacher and principal of the year for the 2021-2022 school year.

Todd Parker, a Salisbury High School social studies teacher, was selected as Teacher of the Year. Derek DiStefano, principal at Morgan Elementary School, was named Principal of the Year.

Parker has spent 26 years as an educator. He used to be a principal in local schools and retired, but he missed the profession. Two years ago, he applied for a teaching position at Salisbury. Parker said the school took a chance on him, and it has been the most gratifying work of his life.

“I worked for a principal a really long time,” Parker said. “I’ve been a principal of the year for a district. To be a teacher, the business of schools happens in the classroom, with kids.”

Parker said education is about the relationships between faculty and students.

During Wednesday’s award presentation via meeting software Zoom, Parker was on the school’s football field preparing for next week’s graduation ceremony. Now, he will move on to the regional contest.

DiStefano said he was not expecting to win, saying he thought fellow finalist Koontz Elementary Principal Nicole Buckner was the top candidate.

DiStefano is spearheading the effort to move the district toward cutting-edge, competency-based education methods on the school level. The methods teach students concept mastery at their own pace and the district is creating its own assessments to adopt the model.

DiStefano and Parker both plan to celebrate with their families tonight.

On Thursday, they will get a visit from the “prize patrol” with donated prizes.