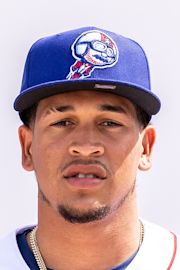 KANNAPOLIS — The Columbia Fireflies (7-6) demolished the Kannapolis Cannon Ballers 12-1 on Tuesday to open a six-game series.

DJ Gladney hit a solo homer in the second for Kannapolis (1-12) and had two of the team’s four hits.

Kannapolis was out-hit 15-4 and fell to 0-7 at Atrium Health Ballpark.

Columbia led 2-1 when it scored three times in the seventh.