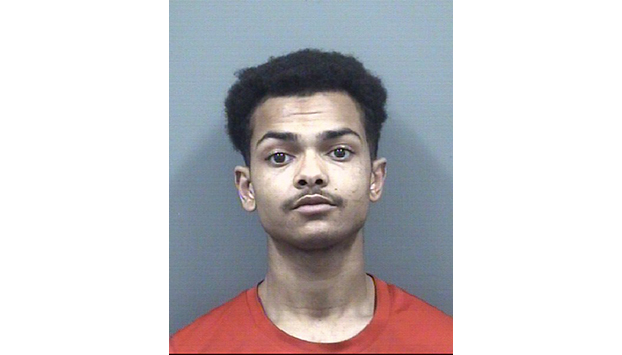 SALISBURY — An 18-year-old Kannapolis man faces a series of domestic violence-related charges after he allegedly kidnapped a 16-year-old girl Sunday and stopped his car to assault her periodically in a church parking lot, on the interstate and at the Webb Road Flea Market.

Jeffrey Lamont Wallace, who has a history of domestic violence crimes, is charged with assault on a female, assault by strangulation, larceny, communicating threats, second-degree kidnapping and violation of a protective order. He’s being held in the Rowan County Detention Center with a $15,000 total bond.

Wallace met Sunday afternoon with the 16-year-old girl so she could retrieve some belongings after an ended relationship. He grabbed her phone and encouraged her to get in his car so they could talk, an incident report stated. More than once, he accelerated when she grabbed for the door handle to get out of the car. An incident report stated the situation escalated into an assault near the intersection of Wright Avenue and Central Drive in Kannapolis, with Wallace yelling at, punching and choking the girl.

When the car stopped in the parking lot of a church on Central Drive, a man nearby attempted to intervene, telling Wallace to, “Treat him like that and see what happens,” an incident report states.

Wallace drove toward Salisbury on Interstate 85, stopped, got on top of the girl and continued choking and hitting her, the Rowan Sheriff’s Office said. The car exited the interstate at Webb Road, and Wallace stopped the car again in the parking lot of the Webb Road Flea Market, continuing the assault. Because of a line of cars at the flea market, Wallace wasn’t able to leave quickly, and the 16-year-old girl was able to run to a woman and ask for help.

Wallace was arrested around 10:54 p.m. Sunday on Grace Avenue in Kannapolis.