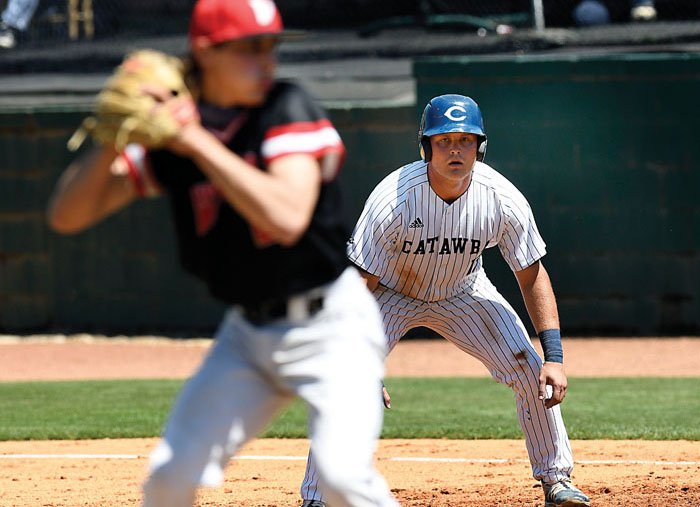 Catawba's Lee Poteat 13 on 1st base after getting a hit with his eyes on the UVA pitcher Hunter Tensen 26. photo by Wayne Hinshaw, for the Salisbury Post

But before the championship and super regionals can begin, conference champions must be crowned nationwide.

While Catawba (32-9) didn’t win the SAC tournament, it did win the SAC regular season and is “under consideration” for an at-large berth.

The Indians are ranked 17th nationally, but there are no official regional rankings this season due to the disparity in schedules that teams were able to play.

The regional fields will be announced on Sunday, May 23.

Regional games will begin on Thursday, May 27.