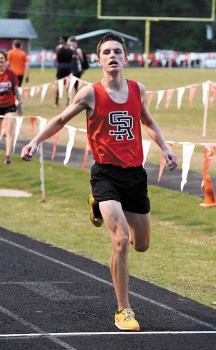 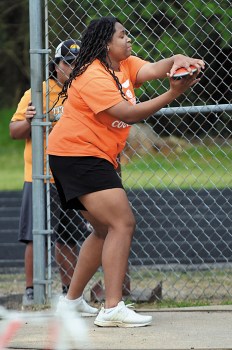 Carson's Iyonna Parker, shown in the discus, won the shot put. File photo by Wayne Hinshaw, for the Salisbury Post 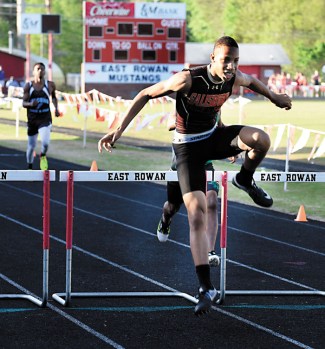 GRANITE QUARRY  —  Distance was the difference, as South Rowan won its first ever Rowan County Championship in boys track and field on Saturday at East.

South had high hopes of a breakthrough triumph in 2020 when COVID erased the county meet from the schedule. The event had been a staple of Rowan athletics since its inception in 1969.

Marcus Holloman (36-5) won the triple jump for the Raiders.

East had only one individual champion (Seth Drake, 8-6 in the pole vault) but the Mustangs had depth and were able to pile up enough seconds and thirds to finish as runner-up.

North’s Kendrell Goodes cleared 6 feet, 6 inches to win the high jump, the only boys performance of the meet that was classified as “elite.”

West enjoyed a win in the 4×200 with the unit of Akin Robinson, Jaedon Neal, Peter Simpson and Malachi Smith.

Carson’s girls have become the county’s dominant program, and the Cougars made it four straight county titles on Saturday.

COVID interrupted that run last season, but Carson picked up right where it left off, putting up 147 points.

Carson won both throws, with Iyonna Parker (32-11) taking the shot and Evonna Parker prevailing in the discus (90-11).

Zoe Holbrook won the long jump for the Cougars (14-4).

South got a great individual performance from freshman high jumper Macy Miller, who cleared 5 feet, 6 inches to tie a meet record set by Pat Poole in 1981 and matched by Tracy Connor in 1992. That was the only “elite” performance in the girls portion of the meet.

South won the 4×400 with the unit of Bethany Rymer, Mackenzie Chabala, Miller and Zoey Nichols.

East won the 4×200 with the team of Azaria Jones, Anaya Blakeney, Braniya Boardley and Maddi Fadden.

West’s top effort was a second-place showing by Kaylyn Lentz in the 400.