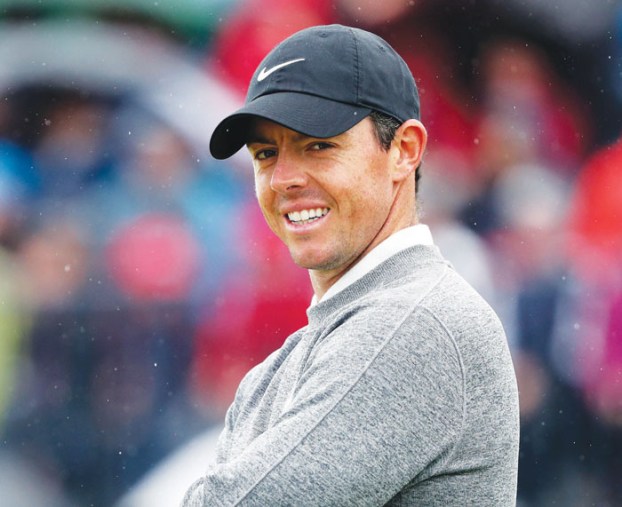 CHARLOTTE — The PGA Tour is giving away $40 million to the leading 10 players who move the needle, a term that’s been around for some 60 years because it’s a simple way to define popularity.

It’s part of the “Player Impact Program,” a title that doesn’t necessarily move the needle.

But it figures to be popular, at least with 10 players.

Some players knew about it more than a year ago when the tour was getting ready to roll out the program until the coronavirus pandemic got in the way. Others said they didn’t know until a month ago. One player found out on Twitter. He probably won’t make the top 10.

It goes against the ideal of golf being the ultimate meritocracy. But it has merit, especially with groups backed by Saudi riches trying to lure away golf’s top players to a team-based league.

“I don’t think it’s going to be perfect,” Rory McIlroy said. “But again, I think it was a prudent move on the tour’s part to try to appease some people that were getting their heads turned by other things.”

It won’t keep the Super Golf League or the Premier Golf League from tempting players with as much money as McIlroy has made in his PGA Tour career (his victory Sunday in the Wells Fargo Championship pushed that over $53 million, the sixth-highest in tour history).

If the tour offers $40 million, Saudi organizers can counter with $350 million. It’s not a fair fight.

The PGA Tour offers what money can’t — creating a legacy based on history.

What made this impact program difficult to grasp was how the tour is deciding who finishes in the top 10. It will be measured by an impact score derived from Meltwater Mentions, Google searches, Nielsen Brand Exposure, an MVP index and Q-rating. This is more complicated than birdies and bogeys.

It’s designed to identify players who have the “it” factor, a shorter way of saying “Player Impact Program.”

Ty Votaw was commissioner of the LPGA Tour in 2002 when he rolled out the five points of celebrity. It started with performance and included approachability, passion and joy, appearance and relevance. That was as good a definition as any. It still is.

A more anecdotal variety was evident at Quail Hollow on Saturday in a span of 10 minutes.

Hundreds of fans were relaxing on the grassy hill behind the 13th green. McIlroy made a 10-foot par putt, and as he headed up the walkway to the next tee, fans scrambled to get up and rush to the side of the ropes to take his picture, say something to him with hopes he would reply or simply to look. They didn’t do that for every player.

McIlroy then sent his drive well to the right into the gallery, the ball bouncing to a stop under a spectator’s chair. The man waited until McIlroy arrived because he wasn’t sure what to do. McIlroy leaned over to speak to him at eye level and give him a fist bump. Some laughs were exchanged.

McIlroy, facing a flop shot over a bunker to a tucked pin, did well to keep it on the fringe. The man got his signed golf ball. So did the woman behind him, and then she pointed to a man behind her because the shot apparently nicked him, too.

“I’m going to run out of golf balls,” McIlroy said to another round of laughter.

Moments like that probably fall somewhere between Q-rating and Google searches. If this program had started a year ago, there surely would have been a “Live Under Par” hashtag.

Even great play and a few more tweets isn’t a guarantee to be on the list, and there are players in the top 10 of performance — world ranking, FedEx Cup points, even winning a major — who inevitably will be left out.

Bryson DeChambeau says being different helps, and everything about him is different. Rickie Fowler said he notices kids flocking to the more popular players. “Kids are the best judge of character,” he said.

Yes, performance still matters. That’s what gets a player noticed in the first place. From there?

“I think showing a little bit of your personality,” McIlroy said. “You don’t have to be putting out 10 social media posts every day, but you can show your personality through your golf game if you want.”

They have a quarter-century behind them of making tournaments better when they played. They moved the needle. To see the crowds that Woods attracted in his lone appearance at the Valspar Championship in 2018, the argument can be made quite easily that Woods is the needle.

Going forward? McIlroy touched on one other trait.

“As Arnold Palmer said, ‘Every person you meet, look them dead in the eye, give them the time of day.’ If Arnold were still around, he would be No. 1 in that impact program for the next 50 years because of just how he was with people,” McIlroy said.

“That’s what’s popular. It’s being engaging. I don’t really see anything else.”

Spieth gets a longer break than he wanted

Jordan Spieth returns to competition after four weeks off following the Masters. That wasn’t the plan. COVID-19 wasn’t part of the plan, either. 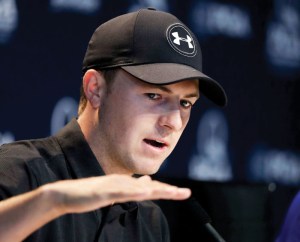 Spieth revealed Tuesday that he tested positive for the coronavirus the second week after the Masters, which is what kept him from playing.

“I’ve only played a couple rounds and so I’m looking to maybe knock a little rust off that I didn’t think would necessarily be here,” Spieth said.

He said he felt bad for a day-and-a-half, “and then it was just kind of annoying for the next five days.”

He said the last week-and-a-half it’s as if nothing happened.

“Just kind of set me back a little,” he said. “I guess if there’s ever a good time during the season, it worked out OK. But I was planning on continuing to play.”

After going without a win for nearly four years, Spieth ran off four top 10s in six events before winning the Texas Open. He then tied for third in the Masters. Next is the AT&T Byron Nelson, the first of four in a row for Spieth heading into the U.S. Open.