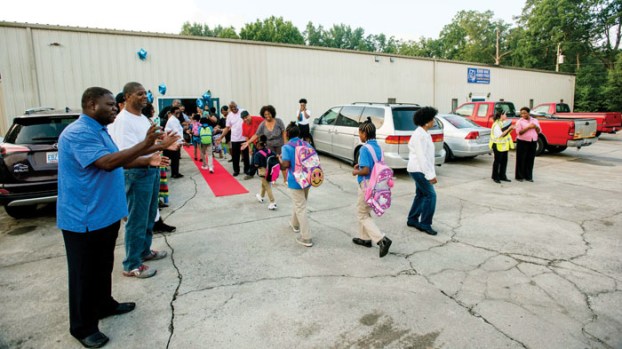 EAST SPENCER — Essie Mae Kiser Foxx Charter School is fighting the decision by the State Board of Education to revoke its charter.

The school filed a petition for a contested hearing with the N.C. Office of Administrative Hearings on May 2. Charter board chair Tina Foxx Wallace said the school is expecting an administrative hearing in September.

The petition cites Leandro v. State of North Carolina, a landmark education suit that resulted in a pair of rulings on the state’s obligation to provide students with a “sound basic education.” The petition claims the state board and the state’s charter school advisory board violated laws as well as defamed and intimidated the school’s board. The petition also claims there is sufficient evidence in documentation of state meetings to support the claims.

The school is seeking “relief from this administrative hearing to restore the Essie Mae Kiser Foxx Charter School’s name and those of its members to good standing, operations to full capacity, not withholding essential funding and resources provided for the operations of the school, as they are provided for charter and public schools across the state and as schools operated by members of the North Carolina Charter School Advisory Board.”

The state board’s decision to revoke the charter in January revolved around late audit reports and failure to meet performance requirements. The school was awarded a charter to begin classes for the 2018-2019 school year. It unsuccessfully tried to appeal the revocation in March.

Wallace said it’s possible that Essie Mae could transition to a private school. She said the school plans to continue into the fall.

By Susan Shinn Turner For the Salisbury Post It’s a rainy Monday afternoon at Gary’s Barbecue in China Grove. The... read more