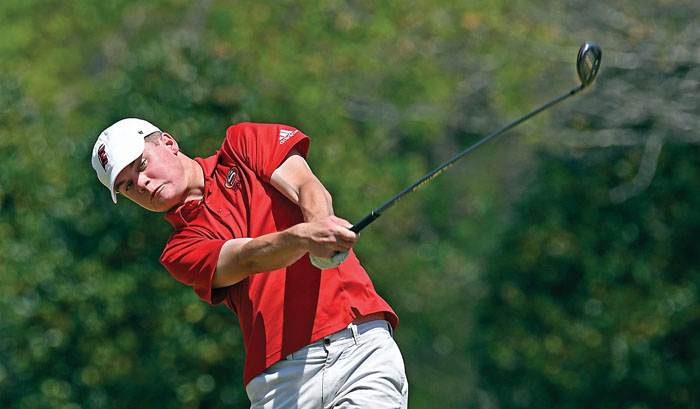 Salisbury’s Will Fowler drives during a recent county tournament. Fowler shot 85 in the 2A State Championships held on Pinehurst No. 6 on Monday. photo by Wayne Hinshaw, for the Salisbury Post 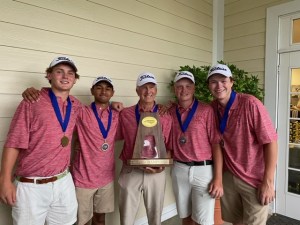 PINEHURST — Salisbury senior Will Fowler shot 85 in the 2A State Championships held on Pinehurst No. 6 on Monday.

The COVID-condensed tournament was reduced to 48 golfers and was just one round this year instead of the normal two.

“The single round part of it was a negative, but it was still a great experience,” said Fowler, who hopes to continue his competitive career as a walk-on at Appalachian State. “I stood there on the 18th hole, realizing it was the last hole I’d play in high school, and I just tried to take it all in. When I finished my round, I went and played on the par-3 course until dark. Then I had a good dinner, and we headed for home.”

He’ll remember all of it.

The goal in any sport is to be playing on the last day. Fowler, who shot a nine-hole 32 at the Country Club of Salisbury during the regular season, accomplished that. He was the county’s only male qualifier for championship day.

Fowler finished tied for 31st, but he was cooking for a while. After bogeying No. 1, he reeled off six straight pars.

“There were several scrambling pars in there, but I felt pretty good about the way I was playing,” Fowler said.

He was 2-over through eight, but he sent his tee shot out of bounds on No. 9. A double bogey there was a turning point on a 40-45 scorecard.

Fowler, who qualified for the state event by shooting 76 at the Revival Golf Club at Crescent, is strong on the par-5s, but another wayward tee shot on No. 10, led to a bogey 6.

“Tee shot right down the middle and then I hit a gap wedge to within 5 feet of the pin,” Fowler said.

The euphoria from that first birdie probably contributed too much adrenaline on No. 12. He pulled his tee shot left, found himself behind an electrical box, hit next shot into the rough and wound up taking a triple bogey 7. That was the low point.

There was a second birdie on No. 15, a 490-yard par 5, when he chipped within 12 feet and made a curling downhill putt, but it was a wild back nine. After that six-par front nine, he didn’t make a single par on the back side.

“My tee shots kept getting me in trouble on the back,” Fowler said.

But there also were two birdies and a lot of great memories.

East Rowan freshman Hannah Waddell, the county champ, qualified for the 3A girls golf tournament. She’ll be in the first group that tees off at 10 a.m. Tuesday at Beacon Ridge.

Waddell qualified with a 94 at Greensboro National in the 3A Central Regional.

Barr tied for fifth individually with a 71. Cannon School shot 291 as a team.

He’s headed to Appalachian State. The coach there is friends with local golfer Chris Owen, who has told him about Fowler. Fowler plans to attend a walk-on tryout.

“I really hope I can play in college,” Fowler said. “But even if I don’t get that chance, I’ll have fun playing golf the rest of my life.”