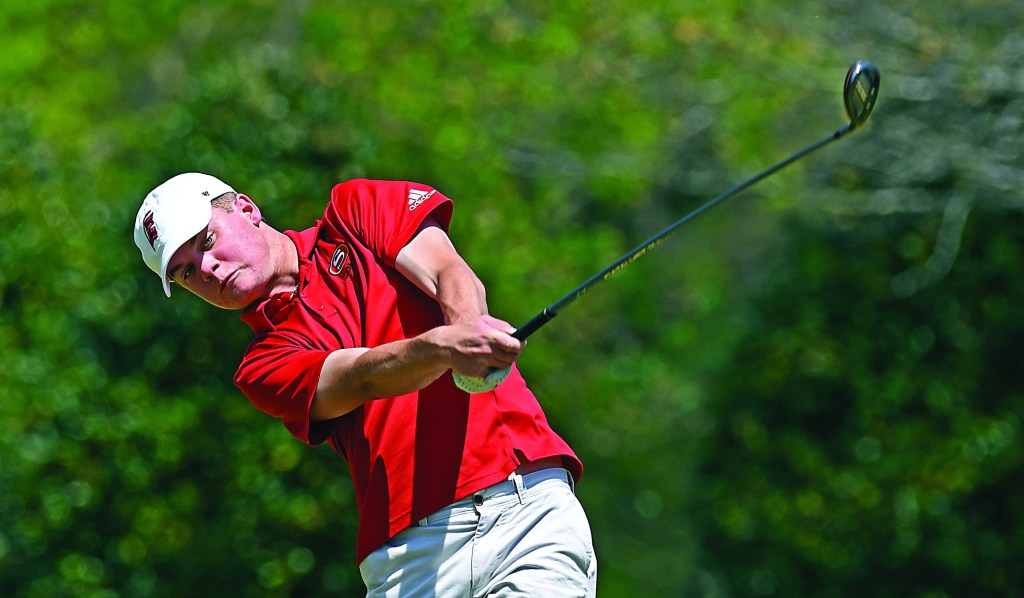 Salisbury's Will Fowler. photo by Wayne Hinshaw, for the Salisbury Post

The adjectives used to describe the Pinehurst No. 6 course are scary ones for average golfers. Fortunately, for Salisbury High senior Will Fowler, he isn’t average.

On his bad days, he’s still better than most. On his good days, he can be something special.

He is hoping for one of those good ones today.

Fowler will be representing his school and Rowan County, when he tees off at 10:50 a.m. in the 2A State Championships. Fowler was Rowan’s only male qualifier for the golf state championships in any classification.

He knows the course.

“I played it last year,” Fowler said. “A few days before my birthday, I went down there and played No. 6 with two of my friends. That was right before COVID shut everything down. It can be a tough course, especially if it’s windy, but I know where I need to hit it. I know the holes where I have to play it safe. It’s a course where I believe I can play well.”

Fowler had a chance to play a practice round on Sunday and reacquainted himself with the course on the eve of the tournament.

He played that practice round with the two Oak Grove qualifiers. He made friends in fiercely contested Central Carolina Conference matches, a league which had five stout teams. CCC squads Ledford and West Davidson were the two qualifying teams from the 2A Midwest Regional. Central Davidson had one of the individual qualifiers.

It was a tougher than normal year to qualify. In standard times, three teams and the top half-dozen individuals not on those three teams, advance from each regional tournament to the state level.

But with a COVID-condensed field, only two teams, plus the top four individuals, moved on to the state event. These are 48-man tournaments, with the 1A golfers teeing off at Foxfire and the 3A linksters tackling Longleaf. For the 4A qualifiers, the challenge is Pinehurst No. 2.

It’s been quite a trip for Fowler to get to this point.

He remembers playing golf for the first time when he was 7 or 8.

Golf competed with soccer and baseball for his athletic attention for several years, but golf eventually won out.

“When I was going to Salisbury Academy, (Warrior Golf Club’s) Brian Lee coached our team, and he was a big influence on me,” Fowler said. “And one of my best friends was Charlie Barr. He was on his way to being a great golfer.”

Fowler was an All-CCC golfer as a freshman in 2018 and repeated that accolade a sophomore in 2019. Lots of outstanding CCC golfers lost the 2020 season to COVID.

Back in 2018, Fowler was on the verge of qualifying for the state tournament in the 2A Midwest Regional at Pilot Knob, but there was an error on the scorecard he submitted.

When he realized the mistake, he self-reported it. Officially, he became a DQ. He knew he’d done the right thing, but he also wondered if he would ever get another chance to play in a state event.

His sophomore year the 2A Midwest Regional was held at Warrior. Fowler shot a respectable 83, but it wasn’t good enough to advance.

His junior season was a wash, so his senior year was his last chance to play in high school’s main event.

His senior season has brought highs and lows.

He opened the season with a nine-hole 36 for medalist honors.

On April 13, he shot a remarkable 32 in a  CCC match at the Country Club of Salisbury.

“That was definitely a career day,” Fowler said. “I was making birdies and there were four more holes I had putts of 10 feet or closer that I could have made.”

The Rowan County Championship Tournament was held the following day at the Revival Golf Club at the Crescent. Salisbury had high hopes, but finished well back of East Rowan. Fowler shot 85.

“I played solid the first six or seven holes, but I ran into a lot of wind on the back nine,” Fowler said. “I should have been better.”

The 2A Midwest Regional on Monday, May 3, meant a return to Crescent — and Fowler more than redeemed himself. It was wet and windy, but he got off to a sensational start, with birdies on the 542-yard No. 1 hole, as well as No. 2.

He put together a consistent stretch of steady golf. His only bogey on the front was on No. 5.

He was 1-under after 14, one shot off the lead, a surprise contender for the regional championship.

But he ran into a ton of trouble on the par-3 15th hole. He was shooting for the front of the pin, but the wind gusted. His tee shot landed on a bank and slid backwards into a pond. He took a triple bogey 6, and that was tough to move on from.

After a double bogey on 16 and a bogey on 17, he was in danger of not qualifying for the state.

“It took a few holes to get back on track,” Fowler said. “Going to 18, I thought I might have to make a birdie to get in.”

He crushed his drive about 275 yards and stuck a near-perfect approach shot 2 feet from the pin. It was his first birdie since the second hole.

It gave him a 76. Good enough. He placed sixth and got the third of the four individual qualifying spots.

Now he’s in the state.

Whatever happens, Fowler hopes to continue playing golf in college.

He’s headed to Appalachian State. The coach there is friends with local golfer Chris Owen, who has told him about Fowler. Fowler plans to attend a walk-on tryout.

“I really hope I can play in college,” Fowler said. “But even if I don’t get that chance, I’ll have fun playing golf the rest of my life.”

RSS budgeting for tens of millions in federal COVID-19…