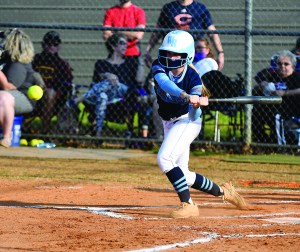 WEAVERVILLE — West Rowan ended its softball season on Friday with a 3-2 loss at North Buncombe.

North Buncombe advanced to the regional round and will play the winner of Saturday’s Alexander Central-East Rowan game.

North Buncombe used a double, a single and some aggressive baserunning to score twice in the bottom of the first.

West was held to one hit in the first three innings, but Brooke Kennerly hit a solo homer in the fourth. Dowling followed with a double, but the Falcons couldn’t get her home.

In the top of the sixth, Kenadi Sproul walked, stole second and third and scored on a sacrifice bunt by Emma Clarke to make it 2-all, but North Buncombe used a single, an error and a passed ball to score the decisive run in the bottom half .