High school football: St. Pauls, a team from Robeson County, next up for Hornets 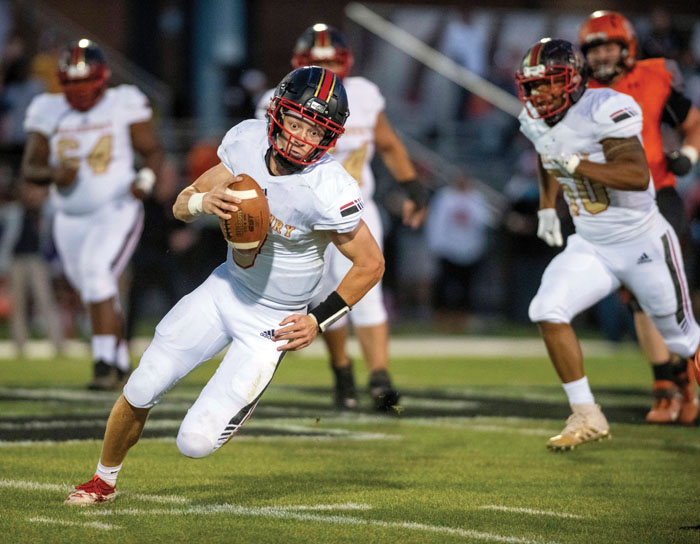 The St. Pauls football team was in a quarantine situation and had to watch the first three weeks of this football season unfold without them.

But the Bulldogs finally joined the fun on March 19, and they have made up for lost time.

In fact, they haven’t lost at all.

They were 5-0 in their short regular season. Then they beat Randleman, Southwest Edgecombe and Washington in the playoffs to set up Thursday night’s matchup in Raleigh against surging Salisbury (8-2) for the 2AA state championship. Kickoff is at 7 p.m. at Carter-Finley Stadium.

Randleman and Washington were two of the teams Salisbury beat in 2019 when the Hornets roared through the East bracket and reached the state championship game.

St. Pauls is in Robeson County, about 13 miles north of Lumberton.

St. Pauls is not one of the usual suspects. The school isn’t a perennial state-title contender in football. The Bulldogs have made the state playoffs 26 times since 1972 but have logged a modest 20 victories in that span. The Bulldogs were playing in their first regional final since 1992 when they took the field on Friday.

But this year the Bulldogs have unusual talent.

They have at least three Division-I bound athletes. Will Ford, a 6-foot-4, 202-pound receiver, is headed to Florida Atlantic. Defensive end Enrique Lopez-Ray will play at the Air Force Academy, while defensive tackle Ethan Roberts will go to Eastern Illinois.

Ford’s blocked punt, which was scooped for a St. Pauls TD, was the key play in a 34-23 victory over a huge Washington team on Friday.

Ford and fellow receiver Waltay Jackson, both fast as well as tall, will also play a lot on defense.

The biggest star for St. Pauls is considered to be sophomore back KeMarion Baldwin (5-9, 215). He had 112 carries for 1,063 yards and 12 TDs entering the Washington game.

Demonta Williams has been another excellent running back for the Bulldogs.

On opening night, Baldwin broke a 95-yard TD run, while Williams had an 80-yard score.

Dual-threat QB Mikail Breeden has turned in several big games and was instrumental in the playoff win against SouthWest Edgecombe.

The St. Pauls defense is also stout. In the second round, St. Pauls shut out a SouthWest Edgecombe team that had been routinely scoring in the 40s.