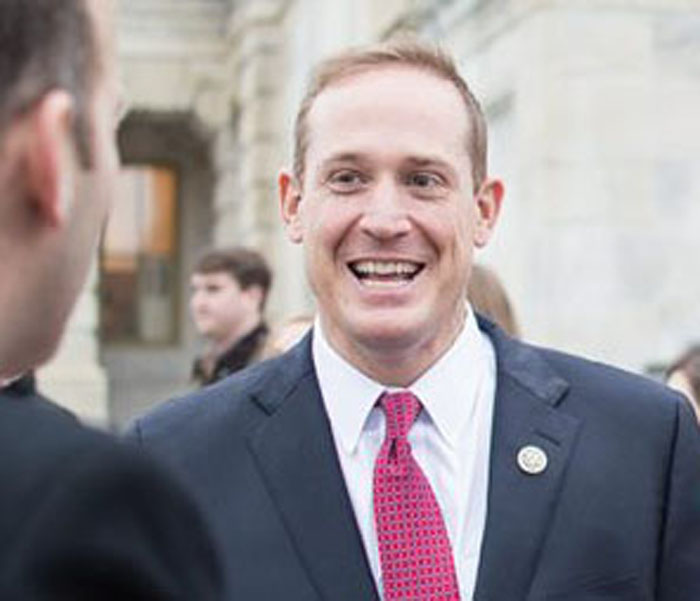 Budd, a Republican congressman representing North Carolina’s 13th Congressional District, joins a growing primary field that includes former Gov. Pat McCrory and former U.S. Rep. Mark Walker, who all seek to fill Sen. Richard Burr’s seat. Burr has served since 2005 and says he will not run for another term.

McCrory served one term as governor before Gov. Roy Cooper, a Democrat, defeated him in 2016. Prior to McCrory’s term, he served as Charlotte’s mayor from 1995-2009.

In his campaign announcement, Budd called himself a “political outsider” who is running to defend the nation from becoming a “woke, socialist wasteland.”

“We all know that Joe Biden is a weak leader who won’t stand up to the radical left. Today, the U.S. Senate is the last line of defense against becoming a woke, socialist wasteland, and I’m running to stop that,” Budd said in the video.

Following news last week that McCrory is “all in” for the 2022 U.S. Senate race, Catawba College politics professor Michael Bitzer told the Post he expects the most Trump-like candidate to be the popular choice among North Carolina voters. Additionally, a pending decision from Trump’s daughter-in-law and North Carolina native Lara Trump could shake things up as the base of the Republican party is “very much still behind Trump,” Bitzer said.

Though an endorsement from Trump could hold some weight, it’s unclear at this time who his preferred candidate would be at this time. Budd praised his relationship and past endorsements from the 45th president during his campaign video announcement Wednesday.

“I’m a small businessman who was so fed up with the liberals’ attacks on our faith, our families and our way of life that I ran for Congress to stand and fight alongside Donald Trump, drain the swamp and take our country back,” he said.

The U.S. Senate race in North Carolina is expected to be among the top watched races across the nation. Democrats would need the seat to build on the current majority, while Republicans will need the seat to reach a majority. The Senate is currently split 50-50 among Republicans and Democrats, with Vice President Kamala Harris serving as a tie-breaking Democrat vote.

“The question is which candidate will appeal to that base,” Bitzer said. “It is the strategy since Trump won this state.”

Lt. Gov. Mark Robinson considered a run, but formally announced last week that he will not seek the open seat.

Rev. Brad Jenkins, who was elected to serve as chairman of the Rowan County Republican Party in March, said the county chapter doesn’t make an endorsement prior to the primary election, but he feels confident the “most pro-American candidate” will win the seat. Among the most important issues is ensuring the interests of North Carolinians and Americans are put before “propping up foreign governments.”

Jenkins expects a “very conservative” candidate to win Rowan County. He’s confident Congress and the Senate will recapture the majority in both chambers because those who thought the Biden administration would be more moderate “have really seen the agenda that’s being pushed.”

“Life, liberty and the pursuit of happiness and working to make one’s own destiny is going to be what wins out in the end,” Jenkins said.

Among the Democratic candidates in the race at this time are Cheri Beasley, former chief justice of the state Supreme Court, Sen. Jeff Jackson of Mecklenburg County and former state Sen. Erica Smith. Smith lost the Senate primary in 2020 to Cal Cunningham, who was then defeated by Sen. Thom Tillis in November.

Following Budd’s announcement, Smith released a statement saying Budd “deserves to be expelled from Congress, not promoted” due to his vote against certifying the results of the 2020 election moments after the Jan. 6 insurrection at the U.S. Capitol.