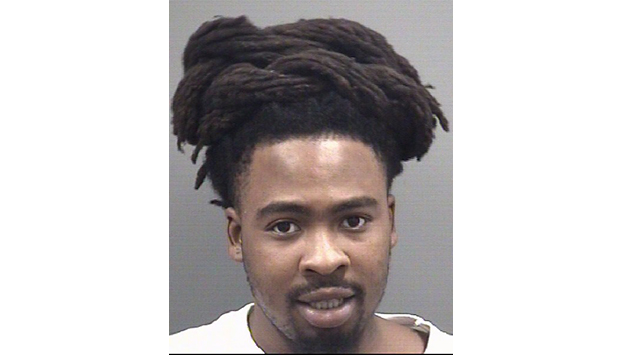 SALISBURY — A 23-year-old Salisbury resident faces a series of criminal charges after he allegedly took sheriff’s deputies on a 13-mile chase that ended with a crash in China Grove.

Elijah Ohmari Redfern of Lakewood Drive was charged with altering a gun’s serial number, possession of a schedule six controlled substance with intent to manufacture, sell or distribute, possession of a weapon by a felon, felony fleeing to elude and hit and run.

Three of Redfern’s five charges are connected to a chase on April 13 that started near the intersection of Jake Alexander Boulevard and Old Concord Road. During the chase, he allegedly traveled at a speed of 100 mph, drove head-on into oncoming traffic, crashed his rental vehicle in China Grove and made an escape by fleeing into nearby woods. Maj. John Sifford of the Rowan County Sheriff’s Office said the attempted traffic stop that started the chase occurred because law enforcement officers knew his license was revoked.

Sifford said Redfern crashed a red Chevy Colorado truck that was rented during the April 13 chase. Officers from multiple law enforcement agencies found Redfern in another rental vehicle on Tuesday at Lakewood Apartments. He was arrested without incident and given a $3,000 bond. A passenger in the vehicle during Tuesday’s arrest was released without being charged.

Previous felony charges on Redfern’s record include a 2015 count of robbery with a dangerous weapon and conspiracy to commit robbery. Sifford said Redfern is a known gang member.