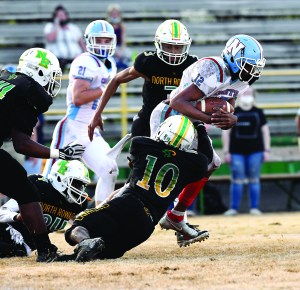 Davis played in a linebacker/safety role  and turned in some remarkable games for the Cavaliers, including a three-interception night in the first round of the 1AA state playoffs.