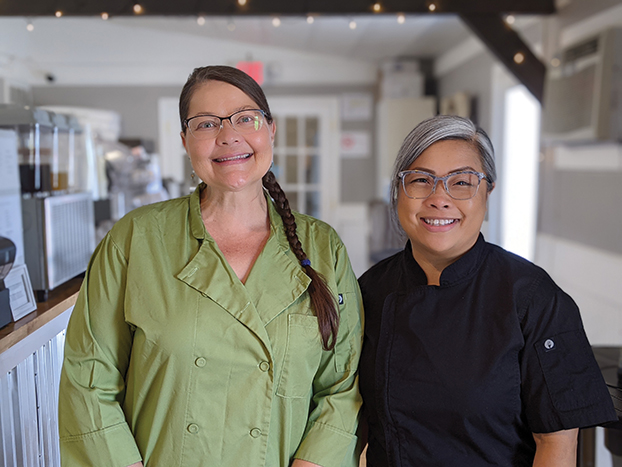 SALISBURY — With people traveling from Salisbury to eat at her restaurant in Denton, Jasmine Mohamed has decided to bring an eatery closer to some of her most loyal customers.

Called Umami Downtown, the restaurant will serve an eclectic menu featuring everything from sushi and poke bowls to American classics like wings and sandwiches. While Mohamed’s restaurant in Denton was named for its physical address, the Salisbury eatery’s moniker harkens to Mohamed’s flavorful style of cooking.

“We like to make dishes with lots of flavors,” said Mohamed, who is Vietnamese-American. “We use soy and fish sauce in many of our dishes. We also like to use fermented ingredients that bring out the umami flavors.”

After living in California for several decades, Mohamed and her husband Woodrow Kroll moved their family to North Carolina in 2019 after a “quick pit stop” in Florida. They came to the Tarheel state in search of more space and opportunities for a post-retirement life that has kept them plenty busy.

“We just wanted an old farmhouse and some land,” Mohamed said. “We landed here by the power of Zillow.”

Once they settled in Denton, the family started a small farm with chickens and goats and launched 58 East Peacock Cafe and Crafts. Although Mohamed had never worked professionally in food, she sharpened her cooking skills while making meals for a family of seven children.

“Everyone always told me that I needed to start a restaurant,” Mohamed said. “We were like ‘Why not?’ We started out small and it’s grown on us.” 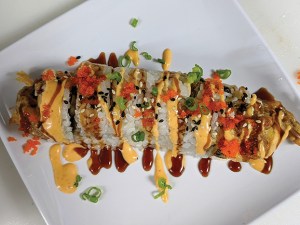 Opening a new restaurant in the midst of a pandemic wasn’t easy.

“COVID changed everything,” Mohamed said. “When we opened 58 East Peacock, we wanted a place for young adults to hang out, but when we opened, we only had service through the window.”

At first, the restaurant only served coffee while waiting for health department clearance. Eventually, the dining room opened and customers were able to order from a constantly changing chalkboard menu that has featured gumbo, chicken parmesan, fish and chips and Korean Style barbecue short ribs.

“We basically cook everything we like to eat,” Mohamed said. “There’s no rhyme or reason.”

The restaurant found its groove one weekend when Mohamed offered sushi for the first time.

“Let me tell you, it was crazy,” Mohamed said. “It went from a few customers, a few tables to a packed parking lot, a two hour wait, phone ringing off the hook.”

Sushi will be highlighted on Umami Downtown’s menu, but it’s far from the only cuisine that’ll be offered.

Mohamed said the restaurant will serve breakfast sandwiches, casseroles and quiches in the morning, a streamlined lunch menu of customer favorites around noon and sushi, wings, poke bowls for dinner. Mohamed said which she hopes will become a hangout spot for young professionals and families alike.

Mohamed said she is keen on partnering with local suppliers of foods, fruits and vegetables to compose her menus and will rely on homegrown herbs such as Thai basil and Vietnamese Coriander for many of her signature Asian dishes.

Mohamed’s partner in the Umami Downtown endeavor is Shawna Farmer, whom she met shortly after moving to Denton.

“We both do everything from creating the menu, testing recipes, being the cooks, customer service, and accounting,” Mohamed said. “We are a great team as I like to be behind the scenes and she woos the customers with her southern charm.” 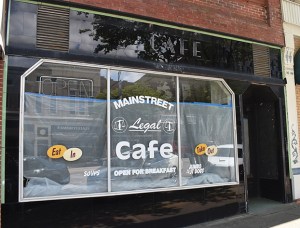 Jasmine Mohamed said the interior of the building that used to house Main Street Legal Cafe will have to be completely renovated before Umami Downtown can open. Ben Stansell/Salisbury Post

Mohamed was drawn to Salisbury because its where many of her customers were driving from, but also because she’s a believer in the downtown’s future.

The impending completion of Bell Tower Green, she said, is also reason to be excited.

“The park is wonderful,” Mohamed said. “We can’t wait for that to open. The park will definitely draw in foot traffic.”

Even though the building at 127 N. Main St. formerly housed Main Street Legal Cafe, its been vacant for over a decade. Mohamed said it will require a “complete gut job” to prepare the building for Umami Downtown. Depending on how extensive the renovations end up being, she said the restaurant will open within three to six months.