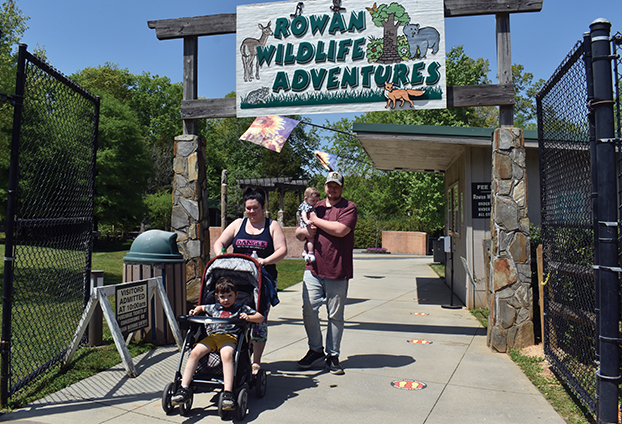 SALISBURY — With several popular attractions set to reopen at Dan Nicholas Park, Don Bringle is finding himself in a position shared by many employers across the state and country.

“Our ability to open attractions is going to be dependent upon being able to hire part-time staff,” said Bringle, parks and recreation director for Rowan County. “We are at a shortage of part-time staff.”

The park, a place for guests to camp, fish and view some of North Carolina’s native wildlife species, typically relies on about 70 part-time employees during peak summer season.

“We don’t have anywhere close to that,” Bringle said.

Needing to hire several dozen employees quickly is a good problem to have after many of the park’s most beloved attractions were shuttered by the COVID-19 pandemic last year. The loss of revenue forced the park to let go of many of its part-time workers in order to keep a skeleton crew of full-time staff members. 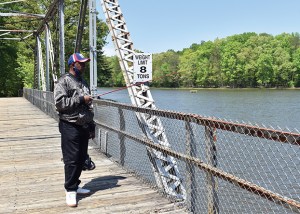 The park has been reopening its features and attractions slowly as state restrictions have allowed. Playgrounds were the first to come back online, followed by the campgrounds in October. The park boasts 68 camp spots, all with water and power, six cabins and three primitive sites without water and power. Those camp spots have been in high demand.

“For the last month or more, we’ve been full every weekend,” Bringle said. “We’ve got people coming in in the middle of the week now.”

In addition to campers flocking to Dan Nicholas Park to spend a few nights, Bringle said people are calling to find out when many of the park’s attractions are going to be opened again.

“Now that we’re starting back up, phones are ringing, people are wanting to make reservations,” Bringle said. “They want to know what’s open, what’s not open.”

For the first time since Megan Cline joined Rowan Wild’s staff about seven years ago, the nature facility completely closed for the winter season last year.

“This past year is the first year we closed down completely because of staffing issues, COVID issues, all that kind of stuff,” said Cline, a naturalist and animal care specialist. “Normally, in the winter months we’re at a modified opening, some people want to see the animals and we make that happen, but this past year we completely shut down for the offseason.”

Although Rowan Wild receives the bulk of its funding from the county, Cline said Rowan Wild had to watch its spending much closer last year since it wasn’t bringing in much, if any, revenue.

“Thankfully we have (the county’s) support, but we do have to monitor our spending and staffing,” Cline said. “It does impact our staff because they’re not working as many hours because we weren’t open, we’re not managing an open facility. But on a daily basis, staff is still here, we still have animals, they have to eat.”

Normally, Cline said, the park would be hosting a bevy of field trip groups in the spring. With schools sticking mainly to virtual field trips or none at all, the nature facility has been a bit quieter. That could change when the T.M. Stanback Barnyard opens soon, Cline said. Rowan Wild’s nature center, an indoor operation, will remain closed for the foreseeable future.

The rest of the park is livening up as well.

The concession stand is once again serving food. The miniature golf course has been abuzz with activity and the gem mine, where guests can pan for gemstones and have custom jewelry made, has been a big draw. With even those few attractions open, Bringle said the park’s revenue is considerably up compared to April of last year, when it was basically nonexistent.

The park plans on reopening the ever-popular carousel and train attractions soon. The splash pad will remain closed for the foreseeable future, but paddle boats will be offered starting Memorial Day weekend. 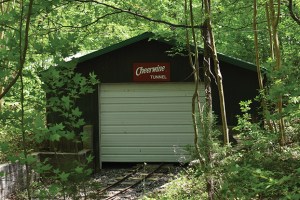 The train at Dan Nicholas park will be reopened, welcoming back guests to ride through the Cheerwine Tunnel. Ben Stansell/Salisbury Post

The hours of operation for the park’s biggest attractions, Bringle said, is dependent on how many staff members the park can hire. Local college and high school students have typically been a reliable source of labor for the park, but the pandemic changed that too.

“Last year, we lost a whole year of high school and college kids because we were closed down and now those kids got other jobs,” Bringle said.

Those interested for applying for a part-time position at Dan Nicholas Park can apply online at munis-portal.rowancountync.gov/ess/employmentopportunities/default.aspx.

As Dan Nicholas Park’s attractions and features begin to operate again, progress is coming along on the park’s new concession stand. Overlooking the High Rock Lake, the new facility will likely be completed in late May or early June, Bringle said. 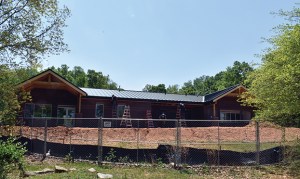 To see what attractions are open and when, Bringle said people should check the park’s hours online at rowancountync.gov/186/Attractions, on Facebook or by calling 704-216-7803.

A place to explore and discover: St. John’s opens…