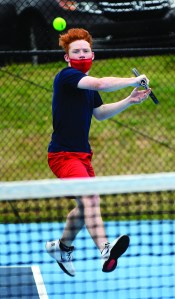 East’s last team match of the season will be against North Stanly on Monday.