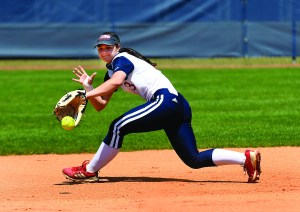 Catawba (28-11) will hope for an at-large regional bid — only six teams make it this year — but the loss could end the season.

The short-handed Indians got down 5-0 in the first inning, but got back to 5-all with the help of a Jordan Dean grand slam in the second.

Tusculum moved back in front in the third inning and finally blew it open with a seven-run top of the seventh.

Dean hit a two-run homer for the Indians in the bottom of the seventh on what might be her last college at-bat. She hit 15 homers this season, tying the program record. Her six RBIs increased her team-leading total to 55.

Sydney Goertzen had two hits. Allie Baker had a triple.

Madison Hunter and Brooke Walser did the pitching.