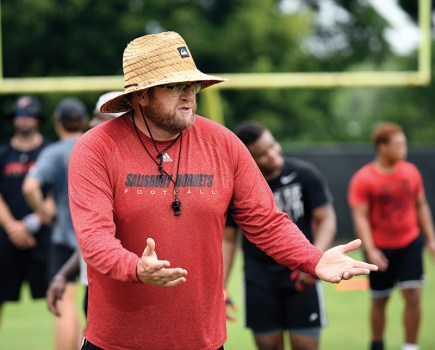 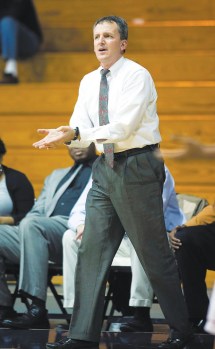 SALISBURY —  The Catawba College Sports Hall of Fame will induct eight members in its Class of 2021.

A dinner ceremony is scheduled for Friday, Oct. 8, marking the Hall of Fame’s 44th anniversary.

The Catawba College Sports Hall of Fame was founded in 1977 and this year’s inductees will bring the total number of members to 192.

Baker served his alma mater as head basketball coach for 20 seasons from 1994 to 2014. During his tenure, he guided Catawba to 344 wins and a dozen championships. His .593 winning percentage is the highest among coaches who have coached at least 100 games.

Baker coached Catawba to nine 20-win seasons and the Indians were South Atlantic Conference champions six times. He guided the team to six SAC tournament championships and nine berths in the NCAA Tournament. Baker was named SAC Coach of the Year five times and was the 1998 Region Coach of the Year.

Catawba spent 20 weeks in the NABC Top 25 Coaches Poll under Baker and climbed as high as ninth in the nation during the 2008-09 season. Twenty players reached 1,000 points. He  mentored three SAC Players of the Year, three SAC Freshmen of the Year, six SAC Tournament MVPs and 33 all-conference selections.

Baker played basketball for three seasons for Catawba under Sam Moir. He was a member of two 20-win teams and the 1977 Carolinas Conference championship team. Before returning to Catawba, Baker spent several years as an assistant coach at Davidson, VMI and Virginia Tech.

Blake was a four-year starter on the Catawba baseball team. In 1992, Blake was NAIA honorable mention All-America and was a nominee for the Golden Spikes Award. He was a three-time all-conference and All-District 26 performer.

As a team captain in 1992, Blake helped Catawba to an undefeated conference record, going 21-0 and qualifying for the NAIA District 26 Tournament. The team set a then-school record with 38 wins. Blake was drafted by the St. Louis Cardinals.

Blake was a two-way player for Catawba, finishing with a .344 batting average and going 7-4 on the mound with six saves. He swatted 30 home runs and drove in 139 runs. Blake still shares the record with RBIs in nine consecutive games, while ranking in the top 20 all-time in home runs and saves.

Cabana played  No. 1 singles for three of his four seasons with the Catawba men’s tennis team. He was a four-time first-team All-South Atlantic Conference selection and a member of Catawba’s 2001 SAC tournament championship squad.

Cabana posted 50 singles wins during his four seasons. His 29 wins at the top singles flight stands third all-time. In doubles, Cabana collected 48 wins. His 19 wins with partner Kevyn Howard in 1998 is tied for the most by a duo in a season.

Gregoire started all of his 84 games for Catawba’s men’s soccer team over four seasons, posting a 59-25-5 record over his career. He was a three-time All-America selection and first team all-conference three times. In 1988, Gregoire was the Conference Carolinas Player of the Year. He was the South Atlantic Conference Player of the Year in 1989.

Catawba won three conference championships with Gregoire and claimed the 1990 District 26 tourney. In 1990, Catawba advanced to the NAIA national tournament. Gregoire was selected for the 1991 NAIA Senior All-Star Classic.

Gregoire tallied 42 goals in his career, which ranks fourth on Catawba’s all-time list. He added 24 assists. His 108 total points stands second for a career. Gregoire was the Catawba Kirkland Award winner as top male senior athlete in 1991.

Hinson was a dominant offensive lineman for the Catawba football team from 1996-99.

He helped Catawba to a 1996 South Atlantic Conference Championship and a NCAA Division II playoff berth in 1999.

The two-time AFCA All-America became the only Catawba lineman to earn the Jacobs Blocking Trophy as the best lineman in the SAC in 1999.

He was selected to play in the Snow Bowl All-Star Game and was named Catawba’s Kirkland Award winner in 1999.

After his playing career, Hinson served on the Catawba coaching staff from 2010 through 2017. He helped the team to a SAC title in 2015 and the NCAA II playoffs.

Hinson has been a highly successful high school head coach at East Rowan and Salisbury. He guided the Salisbury Hornets to 2AA state runner-up honors in 2019.

Morgan was a four-year starter for the Catawba women’s soccer program. As a freshman in 1991, she earned honorable mention All-America honors and was the South Atlantic Conference Freshman of the Year. She went on to earn All-SAC honors all four years and was named All-South in 1993 and 1994.

Catawba won the 1993 SAC championship in Morgan’s junior season and the Indians were tournament champions in 1993 and 1994. She was named  tournament MVP in 1994. Catawba went 46-19-4 during her four seasons.

Morgan still ranks among the top five in career goals and assists. Her 42 goals stand fourth, while her 28 assists rank second.

One of the best setters in school history, Jobe was a Catawba volleyball standout from 1986-89. She was a member of two conference championship teams and the 1989 NAIA Bi-District Champions who advanced to the NAIA National Tournament. Catawba was 98-23 over her final three seasons.

Jobe handed out nearly 1,500 career assists and served up 44 aces. An outstanding student, she was a two-time GTE Academic All-America honoree and the 1988 Volleyball National Academic Athlete of the Year.

Peterson starred a defensive end for the Catawba football team from 1997-2000.

He was named an All-American in 1999 and 2000 as Catawba earned NCAA  Division II playoff berths. In 1999, Peterson was honored as the South Atlantic Conference Defensive Player of the Year. He was a two-time All-SAC selection and a member of Catawba’s 2000 SAC champions.

In his dominant 1999 season, Peterson set school records with 14.5 sacks and 47 tackles for losses. For his career, he posted 23 sacks, which stands sixth. He had 84 stops for losses, which is second all-time. He received the Kirkland Award in 2000 as Catawba’s top senior male athlete.

Peterson played in NFL Europe for the Scottish Claymores and the Berlin Thunder. He was a member of the Hamilton Tiger-Cats of the Canadian Football League and played with several teams in the Arena League.