My Turn, Kenneth L. Hardin: COVID-19 came to visit me, too

As hard as I’ve tried over the last year to avoid it, I had the opportunity to meet COVID-19 personally last week. It wasn’t a pleasant encounter, and we didn’t get along well during his brief stay.

I had taken every precaution recommended by the so-called experts, gotten the shots most Black people have avoided and even implemented a few of my own extreme safety protocols to the dismay of friends and other family members. For the past year, I’ve locked down my house tight, sprayed enough disinfectant to permanently open up sinuses, wiped down with an infinite number of bottles of bleach, and transitioned to mostly paper and plastic eating products. I caused some family drama months back when I refused to open the door for an aunt who stopped by for an unannounced visit. I peered out of the side of the blinds at her as she first rang the doorbell and then started pounding on my front door. I stood there silently while sneakily gazing out as if I was an undercover CIA operative on the lookout for an international spy. The whole incident took me back to my childhood on Saturday mornings when we would have to turn the TV down and remain quiet so the unannounced religious visitors wouldn’t know we were home.

I guess the saying of what was old is new again rings true in the age of the current pandemic. 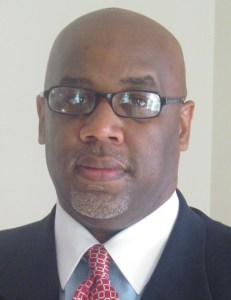 COVID came into my house like the coward he is, playing on my weaknesses using the tried and true Trojan horse method. We typically get to keep my 18-month-old grandson every other week, but we got a message that his mom may have been exposed, and she asked if we could take him early. Of course I agreed because his presence in my home gives it energy and me life. Looking back, if she had been exposed, he probably was, too. So she should’ve kept him quarantined with her instead of sending the scourge with him into our virus-free sanctuary.

On the day we picked him up, he and his dad immediately went to the Health Department and took COVID tests, which both came back negative at the time. During the incubation period, which we were unaware was simmering and growing, we enjoyed a small, immediate family only Easter celebration six days after his arrival. During this joyous time, no changes in anyone’s health condition was noted, but the next day COVID stopped playing nice and started acting the fool he is. The day after Easter, he jumped all over me with both feet, beating me like he caught me stealing his wallet.

It came on suddenly like a bad cold, with extreme drowsiness and watery eyes to the point it was hard to see and difficulty breathing. I couldn’t stay awake for more than 2-3 hours that entire first 24-hour period, and ate nothing. I took cold and allergy medicine, thinking it was that or the pollen monster that had taken control of everything outside of my front door, but nothing seemed to help this sudden onset of illness.

For two days, I was beat down, with little fight in me, but just as quick as it had come over me it gradually started to lessen to where I could rejoin the land of the moving.

Three days after getting bored with me, COVID decided to pick on someone who wasn’t his own size and jumped on my grandson. He was initially happy and playful as he took an afternoon nap after all that hard playing with toys, watching movies, tearing through all the kitchen cabinets and eating snacks. This time was a little different because, instead of a one-to-two hour nap, he slept well over three hours. When he woke up, he wasn’t the same sweet, little, happy child that had laid down earlier. He was fussy, crying, whining, rubbing his stomach and had fluids draining from his mouth and nose simultaneously. Of course, he reached for his Pop-Pop, and when I held him I could feel his chest, stomach and back were on fire leading to a temperature of 102. He was fairly limp, listless and had no energy. It was obvious he was in distress because he kept rubbing his stomach in a circular motion as he cried and moaned in pain.

We did everything we could as grandparents who’ve raised three healthy kids that made it into adulthood unscathed, but nothing seem to work. This went on into the wee hours of the morning. I finally reached out to the pediatric nurse on call, and after describing the symptoms she said to bring him in to the clinic, where he was tested for the flu and COVID. Of course, a few days later, the cowardly one came back positive. So, we all made a trip to get tested and spent 10 wonderful days in self-quarantine. Happily, our visitor has left and the house is virus-free with everyone back to the new normal. It’s a welcomed sight to see pots and pans strewn about the den floor, food from the pantry shelves again placed in between couch cushions and flowerpots, and my little dog being kept on his toes from being chased around by him.

I was in the hesitancy camp initially about taking the shots, but after surviving this bout without getting severely ill I’m glad I took the Pfizer vaccine prior to our unwanted and unwelcomed visitor.

With being both hypertensive and diabetic, I’m not sure what the outcome may have been otherwise. It’s an individual choice, and I would never try to influence anyone either way, especially people of color. We have a reason and a right to be skeptical about any offering that is government borne. Instead of political representatives and people whose ancestors weren’t victimized by a system of terror with government-sanctioned experimentation, try to understand before you judge and condemn. Instead, work from that standpoint to ease fears and doubts instead of bullying people into a guilt-ridden decision.

My family took every precaution, followed protocols and recommendations to the letter, and we were still visited upon. It proves the virus is still serious, and no one is immune from this.

Kenneth L. Hardin is a former member of Salisbury City Council and is a writer who lives Salisbury, and is a member of the National Association of Black Journalists.  He can be reached at hardingroupllc@gmail.com.