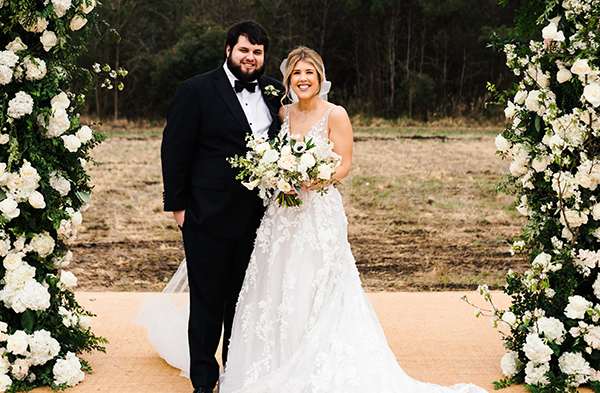 The bride is the daughter of Mr. and Mrs. Richard J. Pasin of Wilmington and the granddaughter of Mrs. Helene Pasin of Wilmington, Mr. and Mrs. Eugene L. Wilson of Mineville, N.Y., and the late Mr. Joseph Z. Pasin. She is a 2012 graduate of Cape Fear Academy in Wilmington. The bride received a Bachelor of Science in Marketing and Supply Chain Management in 2016 and in 2017 she received her Masters of Business Administration, both from Appalachian State University

The couple will honeymoon in September of 2021 and they will reside in Salisbury.