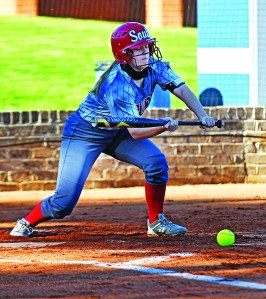 South scored six runs in the seventh to pull it out.

Avery Crowell was the winning pitcher. She struck out four and allowed one earned run.

Kassidy Sechler had three hits. Clara Bean and Bailey Yon had two each.

Yon had the tiebreaking hit in the seventh.

Zoie Miller had three RBIs, while McKinley Faw and Breanna Ramseur had two each.