SALISBURY – A Charlotte man received a felony charge in connection to a 2019 overdose death in Rowan County. 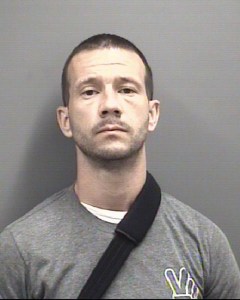 Bobby Joe Skidmore, 34 was charged Tuesday with felony possession with intent to manufacture, sell or deliver a schedule one controlled substance in connection to the incident two years ago.

On Sept. 1, 2019, Rowan County Sheriff’s deputies responded to an overdose on Goodman Lake Road. They allegedly discovered a deceased woman and an overdosing Skidmore. An autopsy on the woman’s body determined the cause of death was fentanyl and heroin intoxication.

Officers allegedly discovered baggies with a crystal rock substance and another with a light brown substance.

Skidmore on Tuesday was served a warrant in connection to the case and booked into jail on a $5,000 bond. Sifford said Skidmore was charged based on evidence found at the scene at the time of the incident.