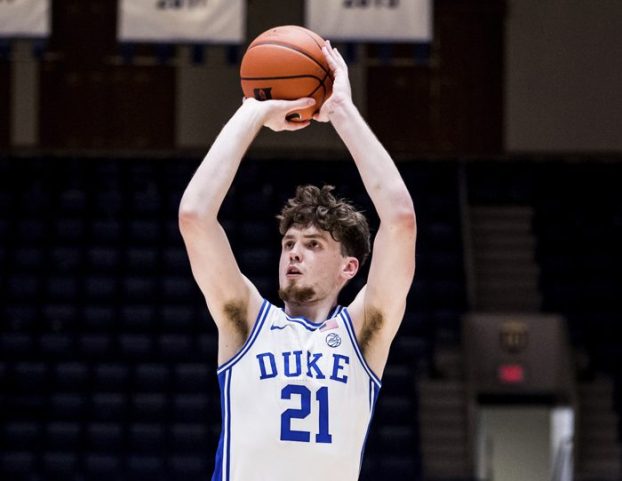 Duke's Matthew Hurt is leaving the Blue Devils for the NBA. (File photo courtesy of ACC)

DURHAM (AP) — Duke forward Matthew Hurt is declaring for the NBA draft and intends to hire an agent following a breakout sophomore season in which he became the Atlantic Coast Conference’s top scorer.

The Blue Devils (13-11) faced a season-long battle trying to make their 25th consecutive NCAA Tournament before they pulled out of the ACC Tournament following a positive COVID-19 test that ended their season. Hurt was Duke’s consistent offensive presence throughout as he nearly doubled his per-game scoring average to 18.3 points.

Hurt averaged 18.6 points in conference play. His 56% shooting ranked second in the ACC and included 56-of-126 3-point accuracy (44%), helping him earn All-ACC first team and most improved player honors.

In a release Wednesday, the 6-foot-9 Hurt thanked his family, Duke coach Mike Krzyzewski and his staff, saying it was a dream to play at the school. He also stated his dream of playing in the NBA, adding that Duke made him a better player and person “and has put me in a position to take this next step in my career.”

Hurt’s announcement comes 13 days after teammate DJ Steward announced he would enter the draft and hire an agent.

Krzyzewski wished Hurt the best and said the NBA team that drafts him is getting a player dedicated to his craft. The coach added, “He is already a pro in how he approaches the game and approaches his development as a player and a person.”