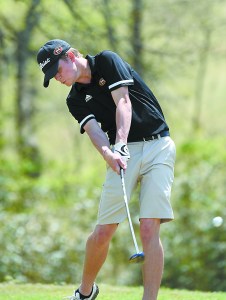 Salisbury’s Will Fowler. Photo by Wayne Hinshaw, for the Salisbury Post.

SALISBURY — Medalist Will Fowler shot 32 to lead Salisbury’s boys golf team to a win in Central Carolina Conference action at the Country Club of Salisbury.

Nick Antosek (37), Will Webb (39) and Wade Robins (40) were the other scorers for the Hornets in the four-team match.

Salisbury and East Rowan will be expected to battle for the county championship today at Crescent.