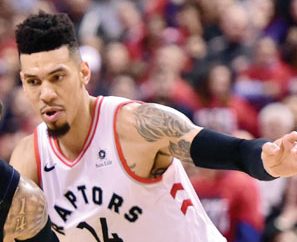 Former UNC standout Danny Green is among the current NBA players who have signed up for the revenue sharing plan. (Frank Gunn/The Canadian Press via AP/File photo)

CHAPEL HILL  — More than 100 former North Carolina men’s basketball and women’s soccer players are joining a group-licensing program allowing them to profit from their playing days with the Tar Heels.

The school announced an agreement Tuesday with marketing and licensing agency The Brandr Group (TBG), allowing for merchandising licensed products such as school-branded apparel featuring those athletes’ names and jersey numbers after they have left school. Athletes in the group would share in profits from merchandising pursued by TBG.

The school said more athletes from those sports are expected to join the group-licensing program, which UNC said is the country’s first and could expand to other sports.

While this plan is limited to former UNC athletes, it comes as the NCAA contemplates how to allow current college athletes to profit off their name, image and likeness (NIL) to modernize amateurism rules. Numerous states have passed NIL laws — Florida is set to be first to go into effect in July — while Congress is mulling national NIL legislation sought by the NCAA and Power Five conference commissioners.

He has said those deals create the risk of reduced resources for lower-profile non-revenue sports, while group licensing could permit current athletes to get a cut of ventures such as video games, trading cards or jersey sales. TBG president and founder Wesley Haynes said merchandise would be available later this year.