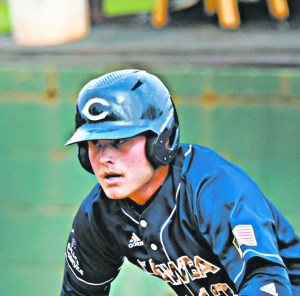 SALISBURY — Catawba’s baseball team has climbed back into first place in the South Atlantic Conference.

Catawba plays another doubleheader against UVa Wise this afternoon, while Tusculum plays two against third-place Carson-Newman. Tusculum and Carson-Newman split on Sunday.

Sawyer Strickland (2-0) and Greg Brown (3-1) got the wins for Catawba on Sunday.

Hunter Shepherd is having the offensive season he was expected to have. He’s batting .414 with seven homers and 40 RBIs. He’s third in the SAC in batting average and tied for second in RBIs.

Lee Poteat has been stellar, batting .367 with four homers and 28 RBIs. His on-base percentage is .488 and he’s second in the SAC with 43 runs scored.

Jeremy Simpson ranks fourth in the SAC with 38 RBIs.