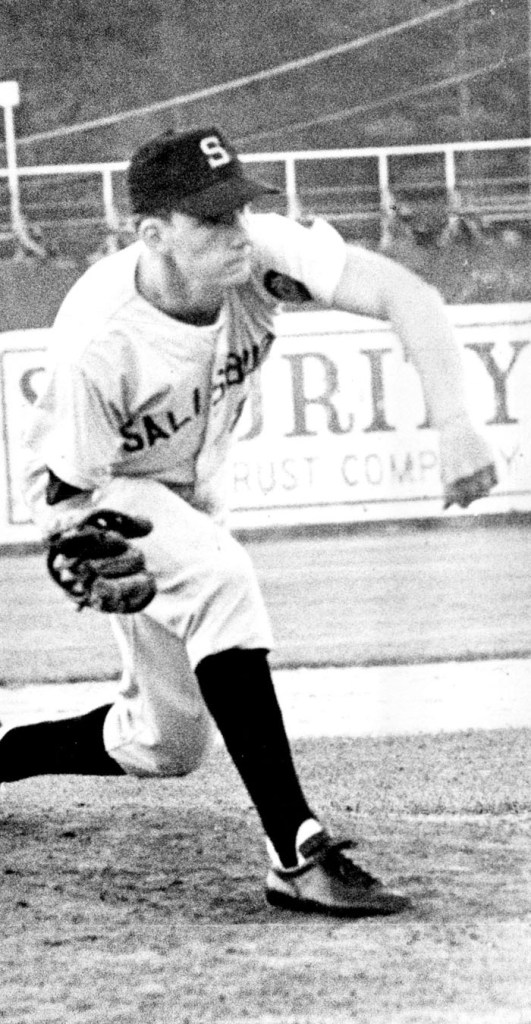 SALISBURY — On Friday, May 14, 1971, East Rowan lefty Claude Bernhardt turned in one of the great pitching performances in county history — and lost.

It was nearly 50 years ago, but it was memorable enough that people still talk about it.

Bernhardt, a junior, was pitching for the third time in eight days for coach Phil Harbinson, but the Mustangs were in a race for the North Piedmont Conference championship, and the other frontline hurler, C.M. Yates, who had an 8-1 record and was the team’s leading hitter, was down with illness.

Bernhardt was a hard-thrower, and it’s hard to beat a gas-throwing southpaw. The previous Friday he had struck out 18 South Iredell hitters while pitching a one-hitter. That was his second one-hitter, and he had pitched a no-hitter. He didn’t allow an earned run the entire 1971 season.

On Tuesday, he had relieved and pitched 6 2/3 innings, allowing two hits and striking out 18 North Stanly batters.

Now it was the final Friday of the regular season. East, tied for first place with Davie County with a 13-2 record, was playing at third-place North Davidson, while Davie was playing North Iredell. If both won or if both lost, there would be a playoff game to decide who advanced to the postseason in the Western North Carolina High School Activities Association.

The game was scheduled for seven innings. Bernhardt had a no-hitter through seven, but it was still 0-0, as North Davidson ace Rodney Link,who had lost two 11-inning thrillers to Davie, was on his game.

The Mustangs and coach Pete Jones’ Black Knights were still tied 0-0 after eight, and nine, and 10 — and 11 and 12 and 13. After 13, Bernhardt still hadn’t allowed a hit. North Davidson had gotten a runner to third base on a walk, wild pitch and passed ball, but he’d been cut down on failed squeeze play.

East, which got seven hits, but couldn’t put them together, failed to score in the top of the 14th and didn’t get another chance.

Bernhardt got the first man out in the bottom of the inning, but Danny Link’s single ended the no-hitter. Bernhardt struck out the next man, his 22nd strikeout, for the second out, but a single by Mike Maxwell put Knights on first and third. Then Link scored on a passed ball.

Bernhardt had pitched 13 1/3 innings of no-hit ball, with 22 strikeouts, only to lose. He had fanned 58 batters in an eight-day stretch, but East’s season was over.

But Bernhardt’s story was only starting.

The 1971 Rowan County American Legion season was getting under way. Practice had started. Bernhardt, understandably heartsick, didn’t go to practice the day after East’s season ended.

That story is one that Bernhardt tells as one of the 67 contributors to a new book “His Field, Our Dreams: A Lifetime of Baseball with Legendary Coach Joe Ferebee.”

When Bernhardt did return to  practice, there was a meeting in Ferebee’s office, where Ferebee imparted the lesson of how important it was to be there with his teammates for every practice,no matter the circumstances. Bernhardt would prove instrumental in Rowan County’s state championship that summer. He turned in one of the great mound seasons in program history — 11-2 with 158 strikeouts.

As a senior at East, Bernhardt was 11-2, obviously pitching almost every game, and this time he won on the last day of the season against North Davidson, as the Mustangs edged Davie by one game for the NPC championship. Then East won the Piedmont and WNCHSAA championships.

Ferebee still recruited  Bernhardt to play for Pfeiffer, although the shoulder would eventually require surgery, and his arm never returned to what had been the norm.

Bernhardt would never recapture the blazing heat he possessed in his high school days, but he pitched some for Pfeiffer and played first base and outfield. Ferebee stayed loyal to him, and Bernhardt stayed loyal to Ferebee. He graduated with Pfeiffer’s Class of 1976.

” I still loved the game, and I learned a lot from Coach,” Bernhardt wrote. “He was a great coach and caring man. I always felt I may have let him and the team down because of not being able to pitch as I did before the operation. I knew that was the main reason he gave me that scholarship and asked me to come to Pfeiffer. But during all my years around him, I could never tell he ever felt that way — on or off the field.”

“His Field, Our Dreams: A Lifetime of Baseball with Legendary Coach Joe Ferebee” is filled with memories like that, most of them from Pfeiffer, but also quite a few from the Salisbury and Rowan County American Legion teams. Randy Benson, Coe Brier, and on and on.

The book was started a while back, so some of the more magical memories come from players who have passed on in recent months such as legendary lefty Tom Eaton and Braxton “Brack” Bailey, a .290 hitter in seven seasons in the L.A. Dodgers’ farm system. Eaton and Bailey were roommates in their Pfeiffer days.

Bob Gulledge, a former East Rowan and Pfeiffer player and a close friend of Ferebee, who died at 101 in 2020, put the book together.

In addition to a long roster of players, Marty Brennaman, voice of the Cincinnati Reds for 46 seasons wrote the foreword, while Bob Rathbun, voice of the NBA’s Atlanta Hawks, is a contributor.

Books can be ordered at http://community.pfeiffer.edu/ferebeebook.