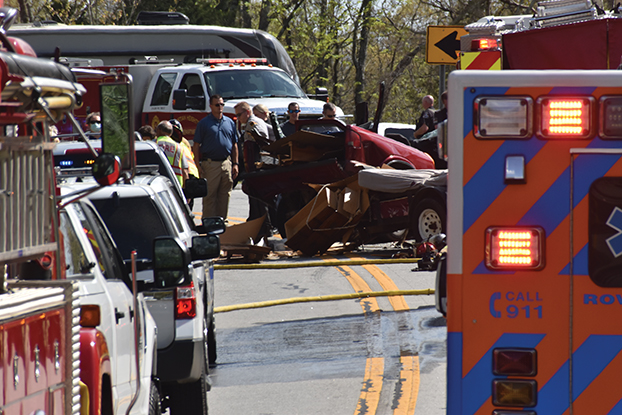 CHINA GROVE — One person is dead and several others are injured following a Friday afternoon collision between two cars on Lentz Road.

A car carrying three people was traveling north on Lentz Road when it came into a curve and traveled left of center, colliding head on with a pickup that was traveling in the opposite direction, carrying two occupants and towing a trailer. The North Carolina Highway Patrol responded to the crash around 3:15 p.m., said Trooper Ned Moultrie.

The car careened off the side of the road and down an embankment. A passenger of that vehicle was ejected. The car came to rest on the shoulder and ignited a small fire. The driver of the car was killed and pronounced dead at the scene.

The name of the driver wasn’t immediately released because family members hadn’t been notified. 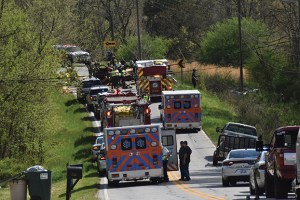 Two vehicles collided head on after a passenger car traveled over the center of the road while driving on a right-hand curve. Ben Stansell/Salisbury Post