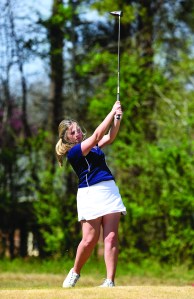 South Iredell won the first match over the Mustangs by one stroke, so the Vikings will take a seven-shot lead into the 18-hole finale at Twin Oaks next Thursday.

“It can be done,” East coach Rhett Teems said. “But down seven, we’ll have to play all out.”