SALISBURY — One man has died and another faces increased charges after a shooting Friday at Los Arcos restaurant on Klumac Road.

Police said Mauricio Salazar succumbed to his injuries Saturday after being shot in the head outside of the restaurant.

Salazar was one of three people were shot in the incident, which occurred around 10:15 p.m. Friday. Two of the three, including Salazar, were transported to Wake Forest Baptist Hospital in Winston-Salem in critical condition. The third was treated and released by Rowan Emergency Medical Services. 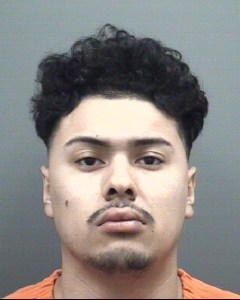 The shooting occurred during an argument that moved outside of the restaurant, said Lt. Justin Crews of the Salisbury Police Department. The man charged in the incident, Hugo Riquelme Alonso, 21, went to the restaurant looking for the victim, Crews said.

Alonso now faces a charge of first-degree murder following Salazar’s death. While he initially received a $1 million bond, police said Monday he now has no bond. Alonso initially was arrested the night of the shooting in a car at U.S. 601 and East Ridge Road and charged with second-degree murder and assault with a deadly weapon inflicting serious injury with intent to kill.