SALISBURY — Two people are hospitalized and one man faces charges after a shooting late Friday at a restaurant off of Klumac Road.

The shooting occurred at 10:15 p.m. Friday at Los Arcos Mexican Restaurant and resulted in two of three people shot being transported to Wake Forest Baptist Hospital in Winston-Salem, where they remain in critical condition, police said in a news release.

The third person was treated at the scene — a shopping center next to I-85 — and released by Rowan County Emergency Medical Services. 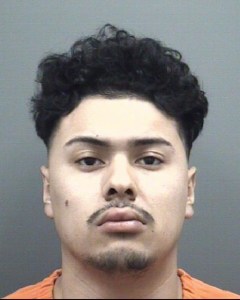 Hugo Riquelme Alonso, 20, faces charges of attempted second-degree murder and assault with a deadly weapon inflicting serious injury with intent to kill in connection with the incident.

Police said law enforcement officers found Alonso in a vehicle at the intersection of U.S. 601 and East Ridge Road, which is north of Salisbury in the unincorporated Franklin community. He was given a $1 million bond.

Reluctance to getting vaccine starting to ease