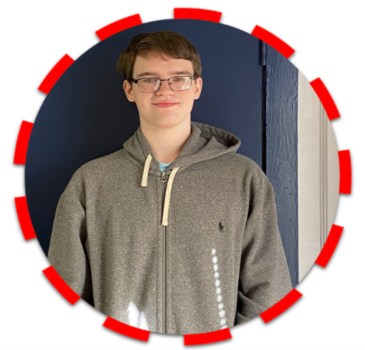 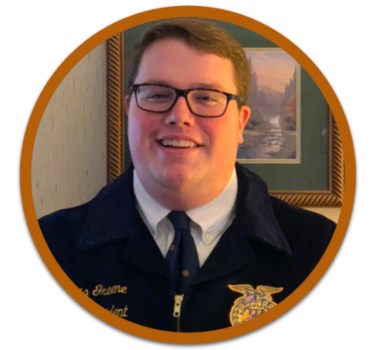 The students are seniors in programs ranging from information technology to agriculture and have to work their way up through the state and national levels to receive the prestigious award. Harrison Shell was this school year’s nomination winner for the district and was selected to advance to the state level

Shell is a senior South Rowan High School student in the Agriculture, Food, Natural Resources and Architecture Construction clusters. He has transferred his knowledge of animal science and agriculture mechanics classes to start his own Boer goat farm.

Shell keeps more than 50 Boer goats that he will breed, raise, and sell as his own entrepreneurial experience.

He is a 2020 National FFA Agriscience Finalist for Animal Systems Division 5 in which he conducted an experiment on reducing the fecal egg load associated with parasite infestation in Boer goat females.

The purpose of the study was to increase the overall production of kidding females during pregnancy and soon after kidding. Shell had to conduct research to determine if this experiment would even work, and then conduct testing on his flock of goats.

Additionally, Shell did a literature review of existing research to gather information related to his research study.  The conclusion of the study found that the data revealed that this experiment did not support the hypothesis that two medications would significantly lower their fecal egg count.  His recommendation was to replicate the study on a larger scale with a higher frequency of data sampling and diet that encouraged grazing.

He also recommended to replicate the study for a longer period after parturition to include warmer periods when microfungus are more active.

The code helped to match students to colleges that best suited their interests and career aspirations pursuits.  Ridenhour’s algorithm also matched students to colleges based on GPA, test scores and financial need.  His code contribution is featured in the district’s career academy video to promote the Business and I.T. Academy at East Rowan High School.

South Rowan senior Jonas Greene built a greenhouse at his home where he grows a variety of plants and practices a portion of the FFA motto “doing to learn.”

These plants are used by his family and neighbors.  Greene obtained technical skills through the participation of several CTE Agriculture courses and they have enabled him to explore and dig deeper into course content.

As secretary of the South Rowan FFAChapter he kept the chapter informed and sent correspondence to stakeholders on behalf of the chapter members.