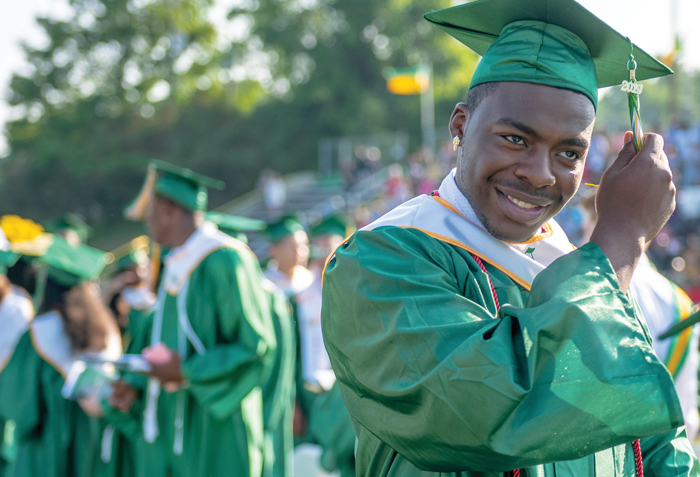 The district’s six traditional high schools will host ceremonies in their football stadiums at 8 a.m. on May 29. The Early College and Henderson Independent will hold their ceremonies at alternate locations and dates.

“Graduation is a rite of passage for our seniors,” said Superintendent Tony Watlington. “As COVID cases have declined in our community, we believe that we can create a safe environment to celebrate the academic accomplishments of our senior scholars We are delighted that we will be able to honor this tradition this spring.”

Safety protocols will be enforced at the events. They will be ticketed have capacity limits and require face coverings or masks. The format and capacity limits will depend on the state of executive orders when the ceremonies are held.

Assistant Superintendent of Transformation Andrew Smith said the district has been watching health indicators in the county and school system in preparation for making the decision. Officials also watched state-level guidance and pandemic-related restrictions.

“We have been really encouraged by the decrease of cases and community spread, and encouraged by participation in vaccination,” Smith said.

The decision is contingent on the pandemic continuing to trend in a good direction. If something changes, Rowan-Salisbury Schools would have to change course as well, Smith said.

Smith, a former high school teacher, said graduation was his favorite day of the year when he was teaching.

“It’s just great to see a ceremony so focused on kids and their accomplishments,” Smith said.

The schools held drive-thru graduation ceremonies last year, but were never able to hold traditional ceremonies because of executive orders in place at the time. The pandemic has been slowly waning during the previous few months and gathering restrictions have been rolled back.

Middle and high school students will return to full-time in-person instruction on April 8. Elementary students did the same on Monday.