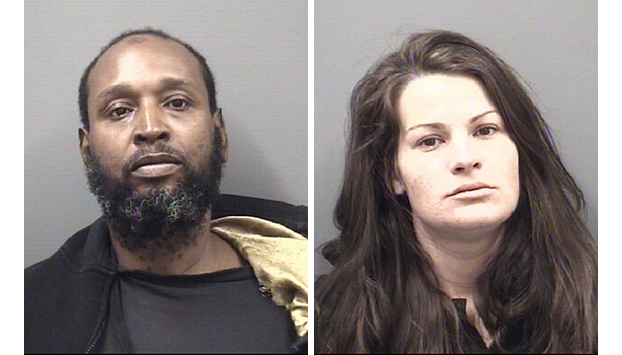 SALISBURY — A man and woman accused of hiding a body near the Rowan-Cabarrus line were arrested Thursday on Craige Street in Salisbury.

Michael Banks and Brooke Lynn Griffin, both of Kannapolis, are charged with felony concealment of death and failure to report the death of Tammy Lynn Becerra, a 45-year-old woman.

Both were given $100,000 secured bond and booked into the Rowan County Detention Center.

Becerra’s body was found March 23 in a wooded area near the intersection of Shuping Mill Road and Alana Drive. A motorist leaving home found the body, which was identified by tattoos.

A news release said investigators believed the body had been in the location for several days because of its condition. It was partially concealed with brush and leaves.

Becerra was last seen alive March 19 when she was at a house on Canyon Lane and seen using narcotics. A news release said Banks confessed he and Griffin transported and disposed of Becerra’s body near the intersection of Alana Drive and Shuping Mill Road.

While Griffin and Banks were charged Monday, law enforcement officers weren’t immediately able to locate them.