Clyde: Build it and they won’t come 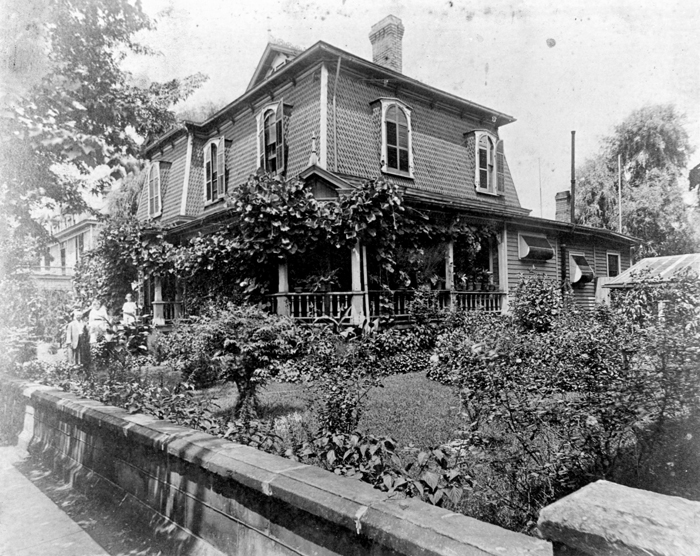 Now look what you’ve gone and done. You only just have to look around to see what the architects of the past have built for us to inherit. “Look on my works, ye mighty and despair,” says the sonnet Ozymandias.

Where did all those odd styles and design plats, unique to Salisbury, come from to cause us to walk the streets in wonderment? “Through wisdom a house is built and by understanding it is established,” states Proverbs 24:3.

Not unlike pyramids, where did all that granite come from the build the Old Stone House in 1766 and how did they move it? In 1910, Francis Baker Laney wrote in The Gold Mining District, “Granite dikes are seen in their best and most typical development near Miller’s old mill place where two occur in the bed of the branch and four or five more may be seen along the Rockwell road.” Enough for granite curbs, durax pavers, granite houses with granite posts and Elvis Presley’s tombstone. They built it after they came, oh yeah.

Salisbury was on the cutting edge at the turn of the last century — 1900s, that is. The budding building business was booming and beauteous beyond belief.

We were nowhere around when Frank Milburn overbuilt the Old Central Hotel to transform it into the Ecole des Beaux-Arts beauty: the escutcheoned Empire Hotel, replete with onion domes (two, nonetheless) and no parking studies. The crenelated tower of St. Lukes was a copy straight from Magdalen College in Oxford, England, of the established church.

Not to be outdone, Charles Bolton of Philadelphia added a salamander or stylized lizard at the fleur-de-lis finial on the second First Presbyterian Church tower. It could withstand the fires of hell, but not the wrecking ball.

All the while, gargoyles at the Depot tower stand guard. We have lost too many landmarks; some have been moved for no good reason. They remain in our memories and dreams for those of us who knew them and where they stood — we thought forever.

There is a big difference between preservation, restoration and plain ol’ rehabilitation of a fixer-upper where you destroy everything old.

The Greek revivalists had already been through town by 1840 and left behind a trail of shutters and pedimented friezes on top of architraves with all mixtures of columns. Is it spinosus or mollis acanthus leaves on the Old Post Office capitals? Trick question: they are Egyptian papyrus. Can you believe our Senator Overman had enough pull to obtain white Vermont marble for that edifice? Where is his history trail bronze marker.

Neo-classical copied those classy people at Rowan Museum with mesotyphs and, even today, most new homes have central doorways, symmetrical gables and in the southern exposure a full-facade porch that extends around both sides. Queen Anne cottages with imbricated fish scale slate roofs offered boarding house lunch and mission houses looked like they were straight out of the Alamo.

Most homes followed the I-plan like the original half-dovetailed notched log houses that lined Main Street with the pioneer cemetery behind. Some settlers “got out of dodge.”

Houses, like people, come in all shapes, hues and sizes. Who remembers the octagon house in the curve just past Rockwell?

We played with tinker-toys, Lincoln logs and building blocks, aspiring to be our own architect or at least a conductor of our own train layout city on a 4-by-8 plywood track. Like Sam, we could build anything, anywhere. Today’s real life monopoly game does not allow for imagination. There is too much cement and too many underground utilities, not to mention building codes and COAs.

Contemporary folks, geodesic, underground or double-wide modular may not be as stable in the sense that old French word “establir,” meaning to make permanent. When we gaze at our intriguing Hambley-Wallace chateauesque-style castle, we can know it will always be here, perforated cresting, rusticated ashlar balls and all.

Why do kids want to go upstairs or why do burglars break into empty houses? They can’t wait to see inside — the mysterioso of the unknown. Let’s hope we will always be inquisitive about cartouches and swags on the Grubb building or why there are goat heads around the bowl of the fountain with the Greek caryatid playing at the Gateway Park or what’s the difference between foliated, fluted or profiled ornamental shafts. So, look up at the veritable treasure trove of examples in every roof line balustrade and patterned masonry parapet and fylfots.

“For we are labourers together with God, ye are Gods’ building,” states I Corinthians 3:9.

Beware, don’t be a flunkey running alongside at elbow’s length to render assistance to the establishment. You could be labeled as … get ready for the last and supposedly the longest in the thesaurus — antidisestablishmentarianism.