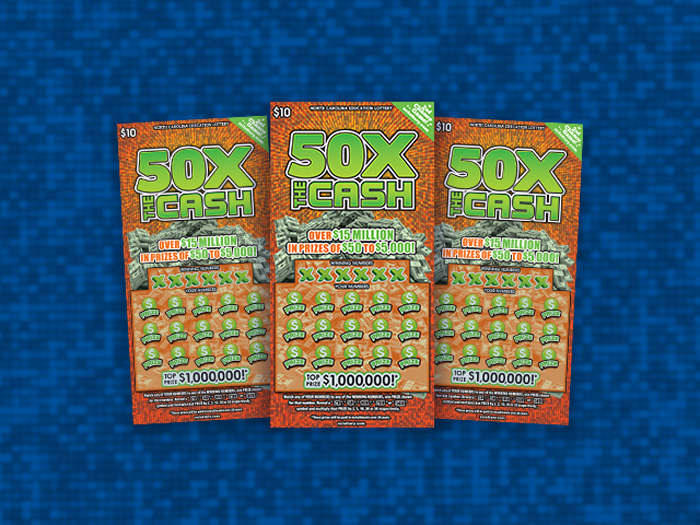 The winning 50X The Cash ticket came from the Community Grocery on Statesville Boulevard in Cleveland. Submitted photo

RALEIGH — Tabetha Church of Cleveland tried her luck on a $10 scratch-off and snagged a $1 million top prize.

Church purchased her winning 50X The Cash ticket from the Community Grocery on Statesville Boulevard in Cleveland.

She claimed her prize Thursday at lottery headquarters in Raleigh.

The 50X The Cash game launched in February with six top prizes of $1 million. Two remain to be won.

Ticket sales from scratch-offs like 50X The Cash make it possible for the lottery to raise more than $725 million a year for education. For details on how $7.4 million raised by the lottery made a difference in Rowan County last year, visit www.nclottery.com and click on the “Impact” section.