Elementary students back together after more than a year 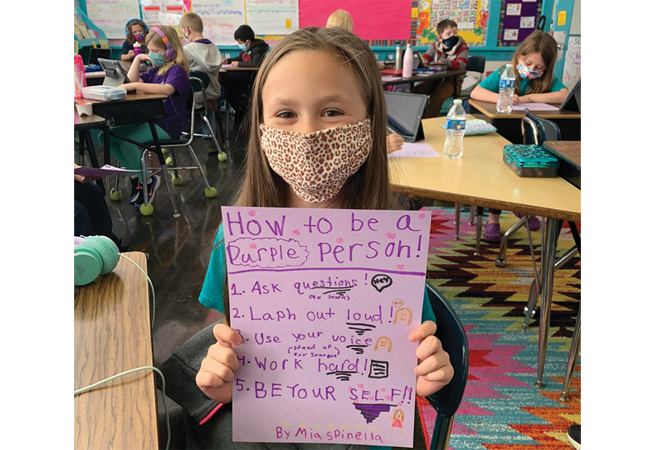 It was the first day without separate cohorts of students and the first in more than a year with all in-person elementary school students on campus at the same time. Schools were ordered to close by Gov. Roy Cooper last March. Since then, learning for Rowan-Salisbury Schools has been virtual-only or split into two groups. Some students have opted for online-only classes the whole 2020-2021 school year.

Rowan-Salisbury Schools planned Monday’s return for a month. Middle and high school students will be back on April 8 after new legislation gave public districts the option to send all students back full time.

At Rockwell Elementary, the first day was smooth. Arrival and dismissal took a bit longer because there were double the number of kids on campus and significantly more cars dropping them off, but all students were home and buses were back on campus in about an hour.

The district’s transportation department anticipates being able to transport all bus riders when everyone is back on campus normally, but the upper grades will be a bit more complicated. There are more employees at the elementary level who have dual roles. Most teacher assistants, for example, are also qualified to drive buses. A restriction on the number of kids that can be transported on a bus were also lifted. Principal Jennifer Warden said during a normal year car and bus riders are split evenly, but this year a majority of students are car riders. 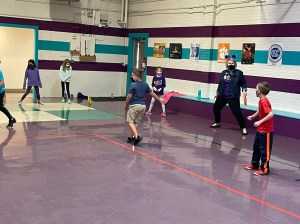 Some things have not changed. Everyone is still wearing masks and they are spreading out as much as possible.

“Everything went like it was supposed to,” Warden said. “It was very smooth.”

People at the school said it felt like the first day of school again, but it was almost April and nearly the end of the school year. Teachers rehashed the “Rocket School” program that normally takes place at the beginning of the year.

“Our teachers worked all day going over rules and expectations again,” Warden said, adding she felt the school was well-prepared for the change.

Many students in the same classes met each other in person for the first time Monday. Kindergarten students who had not attended preschool have never experienced a normal day of school and never met their classmates. 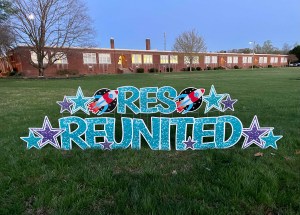 Photo submitted – A sign at Rockwell Elementary celebrating the reunion of students who have been split into two cohorts for the past year.

The school also could not host its annual “boohoo to yahoo” breakfast for kindergarten families. The faculty worried about how everyone would react to a blind start to primary school. Students surprised teachers with how well they acclimated, and the kids handled change better than the adults.

Third-grade teacher Lauren Holland said everyone was excited, but it was a bit strange for everyone to learn each other’s names at the end of March.

“We did have a couple issues with some of the kids saying ‘I don’t know that girl’ or ‘them,’ or something,” Holland said. “That was a little strange, obviously, but they got over it by the end of the day.”

Holland said students have shown growth this year, but she expects to see more progress during the last part of the semester because kids thrive on structure.

Second-grade teacher Amanda Trexler said seeing the kids interact with each other was “good for her soul.” Students walked in brimming behind their masks. One student stopped at the door, took a deep breath and walked in smiling. Another pulled her mask down for a moment to show Trexler her smile as she arrived.