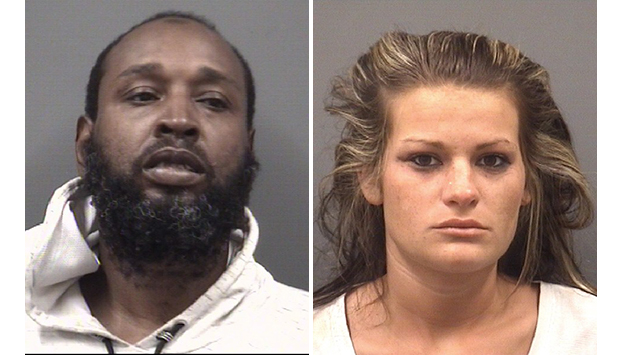 SALISBURY — A Kannapolis man and woman face charges for transporting a dead woman’s body to a wooded area near the Rowan County line.

Michael Joe Banks and Brooke Lynn Griffin are charged with felony concealment of death and failure to report death after allegedly transporting the body of Tammy Lynn Becerra to a wooded area off of Shuping Mill Road. The Rowan County Sheriff’s Office says Becerra, 45, died after overdosing on drugs.

Her dead body was first found Tuesday, March 23 by a passing motorist who was leaving home. The motorist initially believed he saw trash in the woods near the intersection of Alana Drive and Shuping Mill Road, a news release from the Rowan County Sheriff’s Office said. He realized it was a body after inspecting it.

First reported missing March 21, Becerra’s body was identified by tattoos. A news release said investigators believed the body had been in the location for several days because of its condition. It was partially concealed with brush and leaves.

Becerra was last seen alive March 19 when she was at a house on Canyon Lane and seen using narcotics. A news release said Banks confessed he and Griffin transported and disposed of Becerra’s body near the intersection of Alana Drive and Shuping Mill Road.

Neither Banks nor Griffin have been arrested on the outstanding charges.