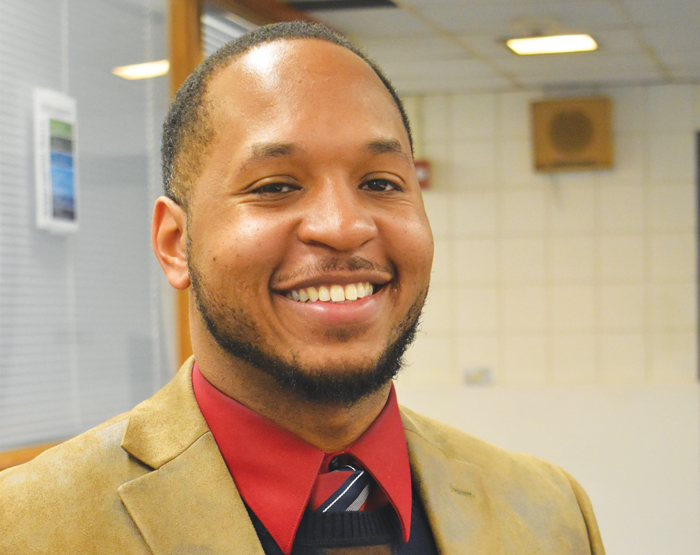 Dominique Bates is a Salisbury native who attended all the North Rowan schools growing up before he went off to start his undergraduate career.

Bates, 36, started at UNC Charlotte and spent a year there before transferring to Winston-Salem State University, where he graduated with a bachelor’s degree in management information systems.

Bates’ title with Rowan-Salisbury Schools is associate director of career and technical education (CTE) and director of work-based learning and community partnerships.

Summarizing what he does, Bates said the bulk of his work is ensuring all of the district’s students have a plan to be either enrolled, enlisted or employed when they graduate from high school.

The other main piece of his job is helping students get internships, apprenticeships and exposing them to careers they may want to pursue. Bates said exposing students to opportunities and making them aware of what they could do is key to their success and have a plan when they graduate high school.

“For a lot of people my age, there was only one plan: go to college,” Bates said. “Get a degree, get a job. Well, there’s a lot more options out there we’re trying to expose our students to.”

Bates said what is best is individual to each student — whether that is an apprenticeship, military service or a career that requires a four-year degree — the district wants to help them understand how to get where they are going.

Another impact of the work is showing students what they do not want to do. If a student is interested in health care but figures out through exposure the medical field is not for them, that saves the student from spending money on the wrong education. More importantly, it saves them from investing time and effort in a field that will not suit them.

Bates said the goal of what he does is to help students follow their passions so they can find their purpose in life. His own story is one of taking stepping stones that lead him to where he is now.

Bates managed a cellphone kiosk while he attended Winston-Salem State and planned to work in IT after graduating.

He started working at RJ Reynolds after he graduated. The money was good, but his heart was not in it.

He was fixing devices and troubleshooting issues, but he missed the human interaction he thrived on.

He became a district manager for the Radio Shack kiosks he had continued to work for part time while he held down the IT job, but Radio Shack’s financial woes were increasing and that job disappeared.

He worked a few temporary staffing agency jobs and eventually moved back to Salisbury for a job in a leasing department. He started volunteering in schools and was a volunteer coach at North Rowan Middle School. Terrence Snider, the assistant principal at the school at the time, told Bates he needed to work in education.

Snider later became principal at Knox Middle school and offered Bates a position as a business teacher at the school. Fast forward a few years, and another administrator saw something else in him and helped Bates advance to a career development coordinator position at Salisbury High School. The work was similar to what he does now.

“This is perfect for me,” Bates said.

Bates said he has been molded along the way by other people who have turned him into who he is today, though he expects he still has some stepping stones ahead of him.