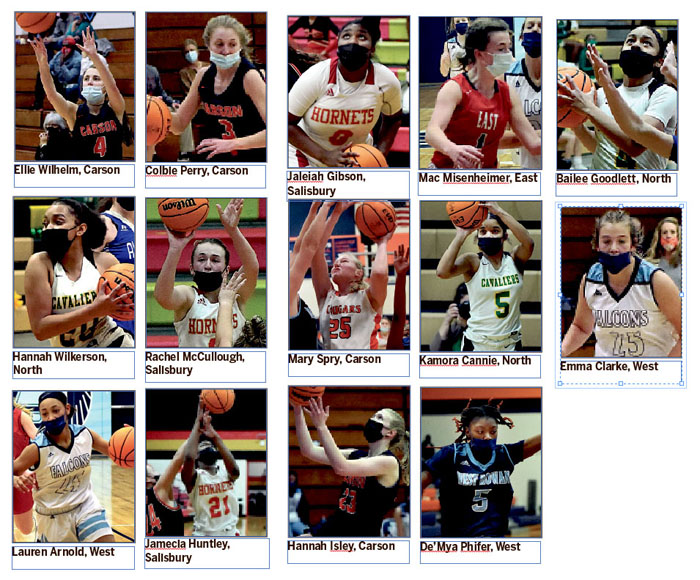 No fewer than 14 Rowan girls were honored as all-conference players by the coaches in their respective leagues. All-conference voting takes place prior to the postseason.

Those 14 girls are on the all-county team, along with North freshman Bailee Goodlett and West freshman Emma Clarke.

Kyla Bryant, SHS So. — Averaged a county-best 15.4 points while leading the Hornets in assists and steals.

Carleigh Perry, Carson Sr. — Averaged a double-double in the postseason and was 3A championship game MVP.

Kamora Cannie, North So. — Point guard averaged 13.2 points and had a bushel of assists and steals.

Jamecia Huntley, SHS  So.—  Limited by a cracked bone in a foot, but still brought it on the defensive end.

Jaleiah Gibson, SHS Jr. — Her defense and rebounding were instrumental in Salisbury’s 14-2 season.