At Black and White Fitness, Alex Tavares looks to help others build physical and mental strength 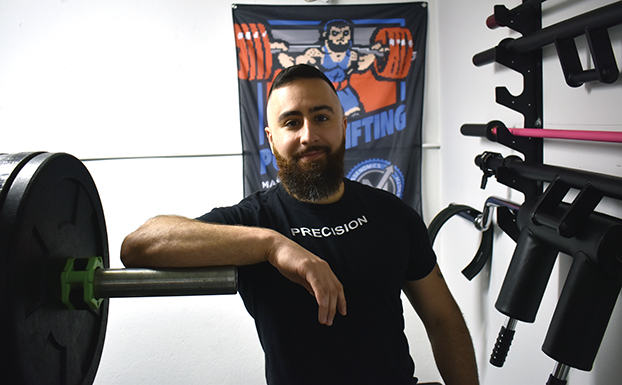 Alex Tavares found his own strength through weight training and he now hopes to help others do the same. Ben Stansell/Salisbury Post

SALISBURY — In the depths of a brick building on East Council Street, across a hallway from a western-themed escape room, Alex Tavares is building his business by helping others build muscle.

Tavares, who has been a personal fitness trainer for more than a decade, recently opened Black and White fitness in downtown Salisbury. For the veteran, it’s a way to help people find their own strength the same place he did — in the gym.

Growing up in Massachusetts, Tavares was always one of the smallest kids in his grade. The growth spurts other kids were having in high school never found him either.

“At 21 years old, I was old enough to take my first drink but I felt like I was too weak to open a Chevy Silverado car door,” Tavares said.

Tavares bought a membership to a local gym and set out to change that.

“It was love at first sight from day one when it came to training my own body,” Tavares said. “It’s been that way ever since.”

Tavares quickly started to pack on weight, going from barely over 100 pounds to 175. But all of his progress was lost when he was severely injured in an auto accident in 2013 when he was serving in the military.

“I got into an absolutely terrible car wreck where I was millimeters away from paralysis, essentially,” Tavares said. “I shattered most of the bones in my cervical spine and a good chunk of the ones in my thoracic spine. I had to spend the better part of the year in a body cast.”

During the long road to recovery, Tavares once again found himself relying on weightlifting, not only to help regain the strength he’d worked so hard to build, but also to help restore his self confidence.

“I realized the high amount of benefit to strength training,” Tavares said. “It saved my life. I was back up and I was strong and confident again.”

Before the accident, Tavares was only focused on improving his own body. After he saw how much weight training helped him recover, he decided he wanted to teach others. He earned his personal training certifications and started working with clients in big-box gyms.

Tavares also launched a career as a competitive weightlifter and has earned several competition medals. 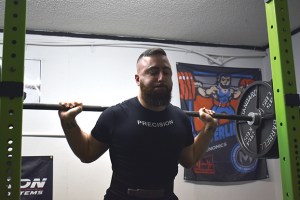 Last year, Tavares moved with his wife and two young daughters from Boston to North Carolina. The change in scenery was a leap of faith, but Tavares thought it was the right decision for his young family. Instead of raising his daughters around skyscrapers and concrete, Tavares is raising them around a flock of chickens.

“We’ve got about 11 acres of land and now I’m teaching my kids how to farm,” Tavares said.

When Tavares wasn’t watching his flock, he was going to school online. After earning a degree in business a few months ago, Tavares decided it was time to get back into personal training, except he didn’t want to work at another gym. He wanted a place of his own where he could work one-on-one with clients.

Finding that place proved difficult. Not able to locate a suitable spot for his gym, Tavares almost gave up.

“For some reason or another, there was no way I was getting a space,” Tavares said.

Finally, he found a lead after sending out a mass email to Salisbury business owners. The person who responded was Mayor Karen Alexander, who owns the space he now rents at 118 E. Council St., and they quickly came to an agreement.

Tavares’ two-room gym is nestled on the ground floor next to Central Escape. His wife painted the walls of the gym black and white to reflect the theme of his business.

“As cliche as it sounds, it’s yin and yang, it’s balance,” Tavares said. “That’s how life should be handled. That being said, while I’m no mindfulness expert, I am an avid meditator to this day and I’m trying to bring mindfulness to the best of my ability into my training.”

Among the black and white walls and myriad weight equipment sits a colorful Capcom arcade cabinet. The machine, a gift from a friend back home, is an unusual addition to the weight room. Tavares, a retro game collector, said it’s part of his approach to make his business as authentic to himself as possible. 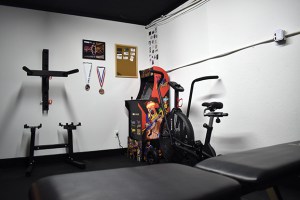 Alex Tavares, a fan of retro games, has a Capcom gaming cabinet stationed among the weight training equipment in his gym. Ben Stansell/Salisbury Post

“I told myself, if I ever take that next step and open a small business, I was going to remain as genuine as possible,” Tavares said. “I hate prototypical marketing schemes and gimmicks. I want to have my own take about having an operation.”

If anyone is able to best him on the sticks, Tavares said he’ll spot them a free session. So far, no one has.

Tavares said he wants to help people of all ages find and build their strength, but he’s particularly interested in helping older adults build their muscle through weight training.

More information about Black and White Fitness can be found by calling 508-728-5413 or online at black-white-fitness.square.site.