As West Rowan head coach Louis Kraft said earlier this week, “in a seven-game season it gets down to business in a hurry.”

Week 5 is already here, and it’s a business-filled, defining Friday for all the Rowan schools hoping to extend their seasons beyond those seven regular-season games.

All  six are still alive heading into tonight.

East Rowan and Carson have a loss apiece in the North Piedmont Conference where there are six teams and five league games. A second NPC loss doesn’t end anyone’s season, but it basically douses any title hopes and reduces playoff aspirations to hoping for a wild card. Carson is more explosive and more dangerous than it’s been in recent years, but is still a substantial underdog on the road at Statesville, a program that has been nothing but bad news for the Cougars.

East is a bit of an underdog at home against South Iredell, at least based on MaxPreps rankings, but throw in home-field advantage — this will be the first time East has enjoyed that factor all season — and this looks like a 50/50 game that will be decided by turnovers.

West Rowan figures to handle North Iredell at home tonight to move to 3-0 in the NPC, although it’s never smart to assume anything in the NPC. Not this year. Nothing has been routine for West so far.

While things should be mighty interesting in Granite Quarry, the obvious game of the night is set to take place in Spencer.

Yadkin Valley Conference football this season basically boils down to North Rowan and North Stanly, and then everyone else, so this is essentially a conference championship game.

The Cavaliers whipped the Comets in 2019 to take the conference. The Comets mauled the Cavaliers in 2018 to claim YVC honors that season.

Win or lose, both teams are going to be in the 1A state playoffs. You can go all-in on that bet.

There are obvious complications when you’re in a 10-team league with a six-game conference season. There are three teams that you don’t play. South Rowan and Salisbury are experiencing those complications in the Central Carolina Conference.

South is actually sitting above Salisbury in the CCC standings, and if you bet on that being the case on March 26, 2021, you’re probably getting ready to move into a new house.

While the Hornets already have dropped two games in the CCC, they can still make the playoffs, as long as they don’t lose three. Three strikes, and they’ll be out.

The Hornets have lost to Oak Grove and North Davidson, which means they need to finish ahead of Ledford, Central Davidson and Thomasville, among others, and they don’t get to play Thomasville.

South has won two in the league that it expected to win and battled against a good Thomasville team in its only CCC loss to this point. But South’s schedule gets brutal the rest of the way — North Davidson, Central Davidson, Salisbury. South won’t face Ledford and Oak Grove, but it also won’t see a Lexington team it would be favored to beat.

A.L. Brown takes a break from South Piedmont Conference action to take on 4A South Mecklenburg for the first time in decades. It’s the last regular-season home game for the unbeaten Wonders.

Davie has provided enough offensive excitement for five teams, and no doubt it another shootout will take place when the unbeaten War Eagles travel to Kernersville to play Glenn tonight.

It’s one of those nights with no county matchups. All six Rowan schools face teams from outside the county.

It’s also a night on which several teams will be looking to end long victory famines. 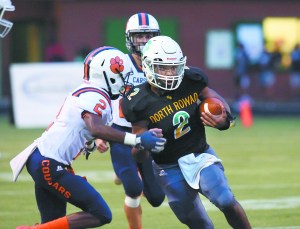 North Rowan’s only home game so far was the loss to Hibriten.

Ranked 22nd in 1A, North Stanly likes to pound the ball with Christain Barber, who averages 7.7 yards per carry, but  the Comets broke out their passing game last week to smack Albemarle 43-7. North Stanly QB Luke Shaver was 12-for-15 for 184 yards and three TDs to light up the Bulldogs.

North Rowan controlled the line of scrimmage in a big way last week, rushing for nearly 300 yards, while crushing Chatham Central for a minus-46 on the ground.

North Stanly will be geared up to stop Zay Davis (54 carries, 415 rushing yards), so a lot will depend on what QB Kyree Sims (391 passing yards) can do in the air. 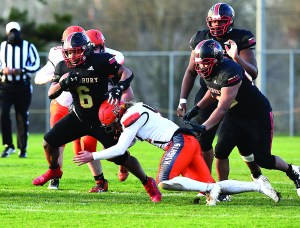 Central Davidson played Monday and took its first loss of the season from Oak Grove.

That short turnaround time should be an advantage for the Hornets, who are looking to rebound from a draining 21-14 loss to North Davidson. After a first half the Hornets spent “sleepwalking” to use head coach Brian Hinson’s phrasing, Salisbury ruled the second half, but couldn’t get all the way back.

Central Davidson is about 99.5 percent run out of tight formations, which should be a favorable matchup for the Hornets. The defensive line is Salisbury’s strength, and linebacker Jalon Walker is about as good as it gets.

Central Davidson is head-coached by former Catawba lineman Clayton Trivett, who was on the Salisbury staff for a while.

Salisbury’s powerful sophomore back JyMikaah Wells has scored seven TDs and is the workhorse for the offense. QB Vance Honeycutt has thrown for four TDs and run for four more. He’ll be looking to break loose after North Davidson contained him last week. 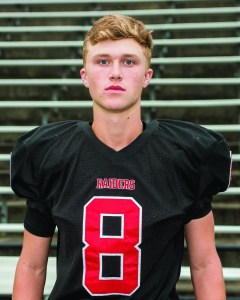 Jackson Deal has been a very effective runner the last two weeks, mixing inside runs with bounces to the outside. He’s had 25 carries for 188 rushing yards in that span.

South’s last win against the Black Knights was in 2006. 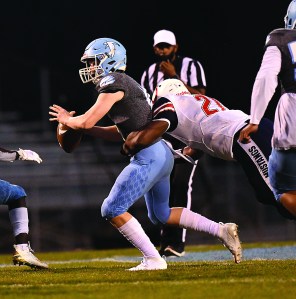 West Rowan hasn’t had a 200-yard rushing game yet, but this could be it.

Cayleb Brawley and Akin Robinson could be in for a big night.

QN Noah Loeblein has shouldered most of the offense for the Falcons the last two weeks, with 325 yards and five TDs in that span.

Damon Phillippe has emerged as a go-to receiver, with TD catches each of the past two weeks.

Defensively, West’s linemen had a big game last week in a 20-14 road win at South Iredell.

North Iredell has been smacked 38-10 and 40-10 in its first two NPC games, by Carson and then Statesville. 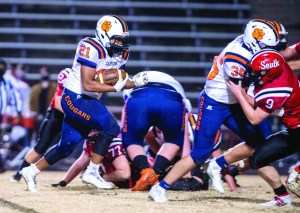 Game will be played at 6 p.m. on Saturday.

Carson beat Statesville in 2009, but that’s been the end of the good news in this series.

Statesville opened this condensed season with a loss to Mitchell, but has won its last three, including NPC victories against South Iredell and North Iredell.

Statesville is tied for first place with West Rowan. Carson will be the first Rowan team the Greyhounds have played.

Even with last week’s wild loss to East Rowan, an upset win tonight moves Carson right back into the title chase, with a huge game looming next week against West Rowan.

Carson has been balanced and prolific on offense, with 715 passing yards and 619 rushing yards. 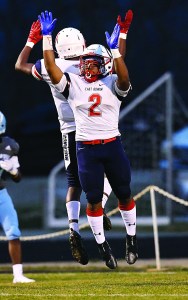 East Rowan Sammy Pinckney is the school record-holder for career rushing yards, despite the shortened season. He broke the single-season record at East in 2019.

Pinckney has back-to-back 200-yard games, and it’s not like he’s East’s only offense weapon. Vincent Jones had 93 rushing yards and 89 receiving yards and put the ball in the end zone three times with explosive plays in the dramatic win against Carson last week that kept East’s season alive.

Josh Roman-Soto is on the short list of Rowan players this season who have scored on both offense and defense. He had a pick-six against Carson.

South Iredell has played the NPC co-leaders the last two weeks, losing 27-10 to Statesville and 20-14 to West Rowan.

The Vikings’ other loss was to 4A Reagan.

South Iredell amassed 178 rushing yards in the second half against West Rowan, using a package of big backs to pound between the tackles. East has been pretty good at stopping the run except in the game against Thomas Jefferson Classical Acdemy. East has held  two teams under 100 rushing yards.

South Iredell hasn’t thrown it around much, so if the Mustangs can dig in against the running game, they’ve got a good chance.

The Wonders haven’t crossed swords with the Sabres since 1982.

The series is 1-all.

South Meck lost its first three to Ardrey Kell, Providence and Olympic, but routed Harding in its most recent action.

The Wonders come in to their final regular-season home game after a 47-0 blowout of  West Cabarrus.

A.L. Brown has two 200-yard rushing games and two 200-yard passing games, so it’s not an easy team for which to prepare.

Cam Kromah has six TD passes, three of them to Isaiah Black.  Jamison Flowe has 296 rushing yards and seven TDs.

Historically, Glenn has spelled trouble for the War Eagles.

But don’t expect Davie to be held to 16 tonight unless Tate Carney is kidnapped getting off the bus.

Carney carried the ball an astounding 47 times last week and produced 253 yards and four more TDs. He also had six catches for 55 yards. He’s scored 20 TDs on the season.

Unassuming Alex Summers began the season as the replacement quarterback when Nate Hampton moved on to Liberty University, but he’s been sensational with 884 passing yards, eight TDs and only one interception.

Summers is not a major running threat, but with Carney on the field, he doesn’t have to be.

Jack Reynolds is one of the state’s top receivers with 24 catches for 434 yards, while quick ZaHaree Maddox was unleashed last week for seven catches, 137 yards and two scores.

DeVonte Lyerly, a talented running back who played at Davie, transferred to Glenn, so that will be one of the storylines tonight.