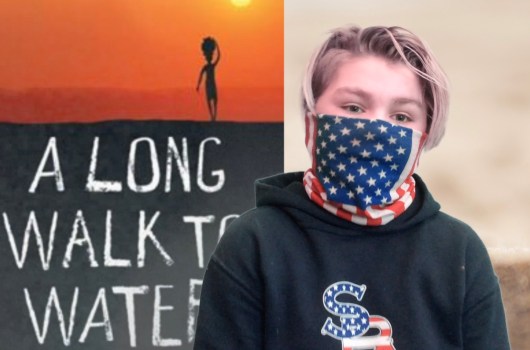 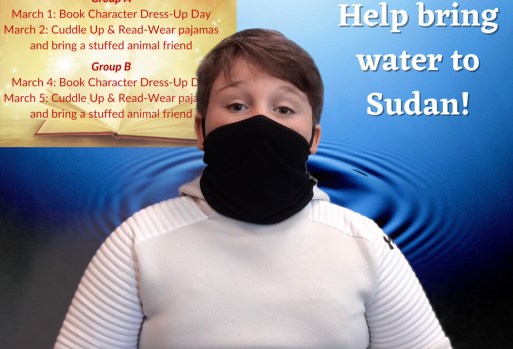 CHINA GROVE – A class at Bostian Elementary decided to do something good for people who live thousands of miles and an ocean away.

Brooke Padgett’s fourth-grade class had just finished a book about the experience of Salva Dut during the second Sudanese civil war, which ultimately resulted in the independence of South Sudan. The war lasted nearly 20 years, ending in 2005, and killed about 2 million people.

The Book, “A Long Walk to Water,” describes Dut’s journey as a Lost Boy, one of thousands of boys who were displaced as a result of the war and embarked dangerous journeys to safety. Dut landed in the United States, where a humanitarian effort gave many Lost Boys new lives.

Dut eventually returned to South Sudan and reunited with his family. He founded the aptly titled nonprofit Water for South Sudan, which has the the express purpose of building wells that to provide ready access to clean water for people in South Sudan.

The Bostian Elementary class read a chapter of the book aloud at the start of every lesson. When it finished the book, Padgett showed them Water for South Sudan’s website, and the kids were immediately interested in doing something.

Padgett said she has been teaching the book in her classes for a few years, and she has never had a class organically want to get involved the way this class did.

“Most classes are shocked,” Padgett said. “I don’t think they realize how other countries are so vastly different.”

Padgett said the book is a hit with kids. She constantly ends chapters on cliff-hangers that keep them begging to hear what happens next. Her current class created a plan for a fundraiser, presented it to Bostian Elementary Principal Cory Stirewalt and got to work. They managed to raise $1,300 to donate toward a well.

Padgett said the total cost of building a well is about $18,000, but the class will receive a letter about the well they contributed to when it is completed. The students are already thinking about holding a bigger fundraiser next year in hopes of contributing more or raising enough to build a well in one try.

Stirewalt said the key to getting kids to take action is to introduce them to the right material they can be passionate about, and that is what Rowan-Salisbury Schools’ renewal status is all about.

A former social studies teacher, Stirewalt said the world is interconnected, but it can be difficult for students to understand what is happening outside of their own communities if they are not exposed to it.

“We don’t see what happens elsewhere, but we can be impacted by things that happen across the globe,” Stirewalt said.

Bostian student Chase Delehant said the project made him feel happy and excited to help people that live across the ocean. Delehant said the book helped the class realize how different other places can be compared to Rowan County. Learning about the hardships people in South Sudan face made him sad, Delehant said.